Some B.C. residents will be eligible for a 4th COVID-19 vaccine dose, officials say 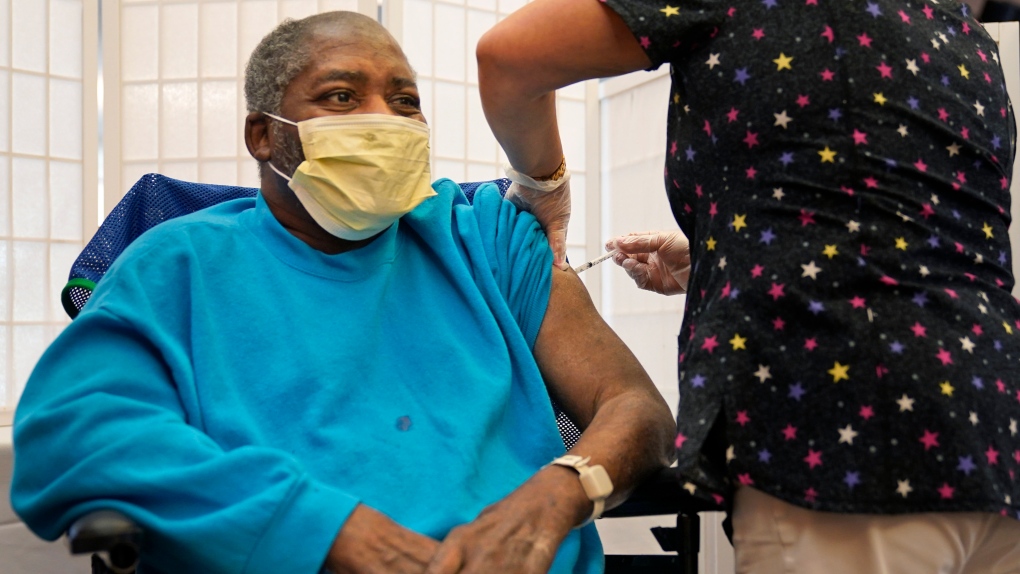 In this Sept. 27, 2021, file photo, Edward Williams, 62, a resident at the Hebrew Home at Riverdale, receives a COVID-19 booster shot in New York. (AP Photo/Seth Wenig)

Health officials in B.C. have announced that certain people in the province will be eligible to receive a fourth dose of the COVID-19 vaccine.

During a news conference on Tuesday, provincial health officer Dr. Bonnie Henry said those who received a three-dose primary series will be eligible for an additional booster dose six months after their third dose.

This follows last week’s updated recommendations from the National Advisory Committee on Immunization, which suggested a booster dose for those who have completed a three-dose primary series.

Many who have received three doses so far in B.C. include those who are immunocompromised and those who are more prone to breakthrough cases that require hospitalization, such as older age groups.

Henry said that so far over 500,000 booster doses have been administered to the higher-risk priority groups.

“Since the beginning of the vaccination program and with this booster campaign, we have taken a risk-based approach and we know that the most important risk is age,” Henry said during the news conference.

The province plans to roll out booster doses for the entire adult population within the next six to eight months.

Henry said that the next eligible group, those 65 and up who had their second dose at least six months prior, will start receiving invitations to book a booster dose by the end of this week or early next week.

Those remaining people who are not immunocompromised, but are in what health officials describe as a “clinically extremely vulnerable group” will also be invited to book a booster dose in the coming weeks.

After that, the province plans to roll out booster doses by age cohorts with those under 65 expected to be able to start booking appointments in early January.

“We know that this is a strategy that will allow us to tailor our clinics, to make sure we have the vaccine available for people, and that we’ll optimize the protection that you get from the primary series and get the booster dose at a time that optimizes the length of protection from the booster dose as well,” Henry said.

Henry also announced that the province has partnered with several pharmacies in B.C. who will deliver the booster doses.

A list of locations will be available for those booking their booster dose through the province’s online Get Vaccinated System.

North Korea on Monday fired at least one suspected ballistic missile into the sea in its fourth weapons launch this month, officials in South Korea and Japan said, as it continues to demonstrate its military might amid pandemic border closures and paused diplomacy with the United States.