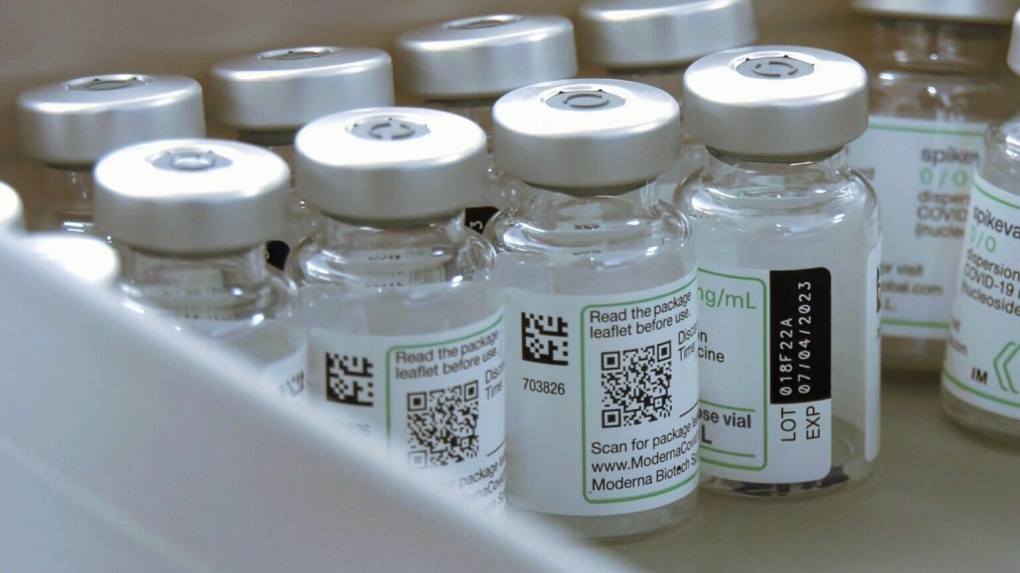 A number of eager British Columbians have managed to schedule a fall booster of COVID-19 vaccine without an invitation – though officials stress that protecting the most vulnerable remains their priority.

Over the last two days, several social media users have reported successfully booking an appointment by calling the province's vaccine hotline, with some managing to receive their fourth dose just hours later.

"You don't need an invite for the bivalent vaccine," one Reddit user wrote on Sunday. "Sharing because public health messaging is making this way harder than it really is."

Others followed suit and had similar results, including Milton Gonzalez, who told CTV News he was able to book booster appointments for himself, his wife and their children on Monday.

"I saw the post on Reddit so I called into the number," Gonzalez said. "That was it."

Their appointments were all scheduled within 48 hours of his call, he added.

While he is not personally considered high-risk of complications from COVID-19, Gonzalez said he's been anxious to get additional protection.

"My last dose was in January, so it's been almost 10 months," said Gonzalez, who is in his 40s. "And we've seen during the last two or three weeks lots of people getting sick because of COVID – some people in my work, some of my friends."

Other Reddit users reported that they were able to get a booster just by walking into a neighbourhood pharmacy without an appointment – though a number of others reported being turned down both on the hotline and in person.

Asked whether the government discourages people from trying their luck on the hotline, B.C.'s Ministry of Health noted that invitations are going out in a determined order based on a variety of risk factors.

"As we have done during other stages of the pandemic, we must protect our most vulnerable, our health-care system, our communities and the economy," the ministry wrote in an email.

Officials said they are not opposed to people proactively calling for an appointment if they have waited at least six months since their previous dose, are at least 18 years old, and "feel a booster dose is necessary" for a particular reason – for instance, if someone is caring for a family member who is high-risk.

Invites are currently being extended to those age 43 or older in the general population, Indigenous people of all ages, those considered extremely clinically vulnerable, and health-care workers.

The National Advisory Committee on Immunization has recommended a six-month interval between third and fourth doses. Anyone who has recently caught COVID-19 is also advised to hold off on getting a booster until three months after their infection, for the strongest immune response.

As of Monday morning, approximately 1.75 million invitations had been sent, according to the province.