Drowning a 'frequent' cause of 'selfie-related deaths,' BC Hydro says in warning about risky behaviour 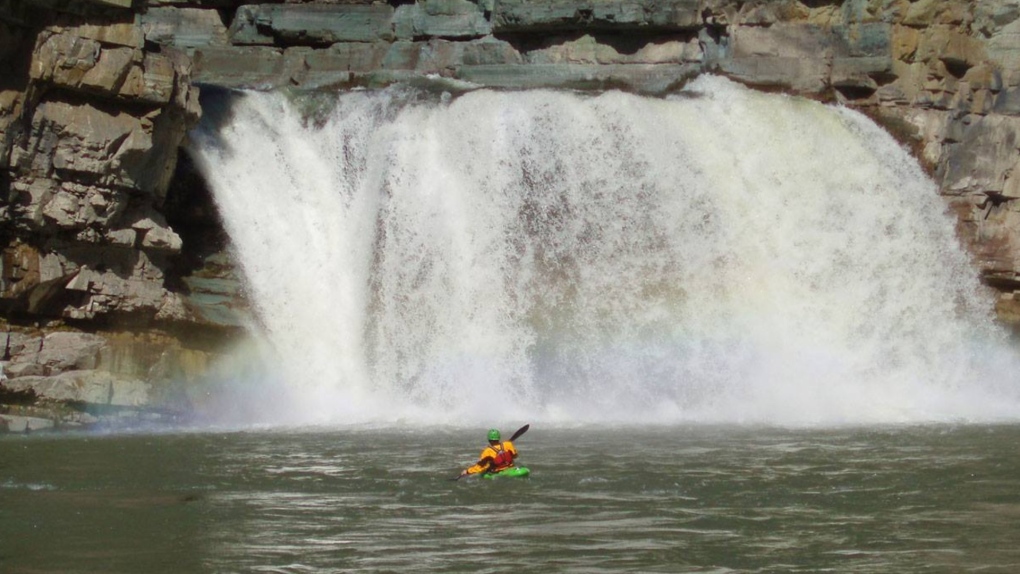 A kayaker had to be rescued from Leap of Faith Falls in Elko, B.C. (Fernie Search and Rescue/Facebook)
Vancouver -

A B.C. utility says it's noticed a large increase in trespassing at its sites in recent years and thinks social media may be to blame.

BC Hydro released a report Friday that says trespassing instances have increased 200 per cent over the past five years. The report claims this risky behaviour is, in many cases, "tied to wanting to get an impressive selfie, photo or video for social media."

BC Hydro's summary of the survey concluded nearly half of B.C. residents polled have seen someone doing something risky outdoors to get a perfect photo or video. Fifteen per cent admitted to doing this themselves.

According to the survey, some of those actions include standing at the edge of a cliff (16 per cent), trespassing or disobeying signage (12 per cent) and taking a selfie from a dangerous height (nine per cent). BC Hydro's report didn't specify whether these incidents were at their sites, however.

The Crown corporation operates 31 power generating stations and many of the dams have recreation sites with parks and beaches.

"Dams and reservoirs are particularly dangerous places to take a risk for social media, as one of the most frequent causes of selfie-related deaths is drowning," BC Hydro's report says.

"BC Hydro has recorded dozens of safety incidents and near misses at or near its dams, generating stations, reservoirs and recreation sites over the past several years, and the numbers are likely much higher as most incidents go unreported if there is no injury or vandalism."

The report points to one incident where someone climbed the powerhouse at Buntzen Lake Dam, took footage and posted it to YouTube.

In another example, the report says someone was seen swimming last year in the downstream side of Vancouver Island's Comox Dam. The report says they were "dangerously close" to spillway gates, which were both open at the time.

"About once a year, local search and rescue is called to rescue someone who has been injured going over the falls, including an incident last year that left one woman with a significant lower back injury. At Elko, kayakers sometimes even go over the spillway in their kayaks to get into the canyon between the dam and the powerhouse."

To address these concerns, BC Hydro recommends people stay away from generating facilities including dams, powerhouses and power lines. The company also asks the public to obey signage and stay in designated trails and areas.