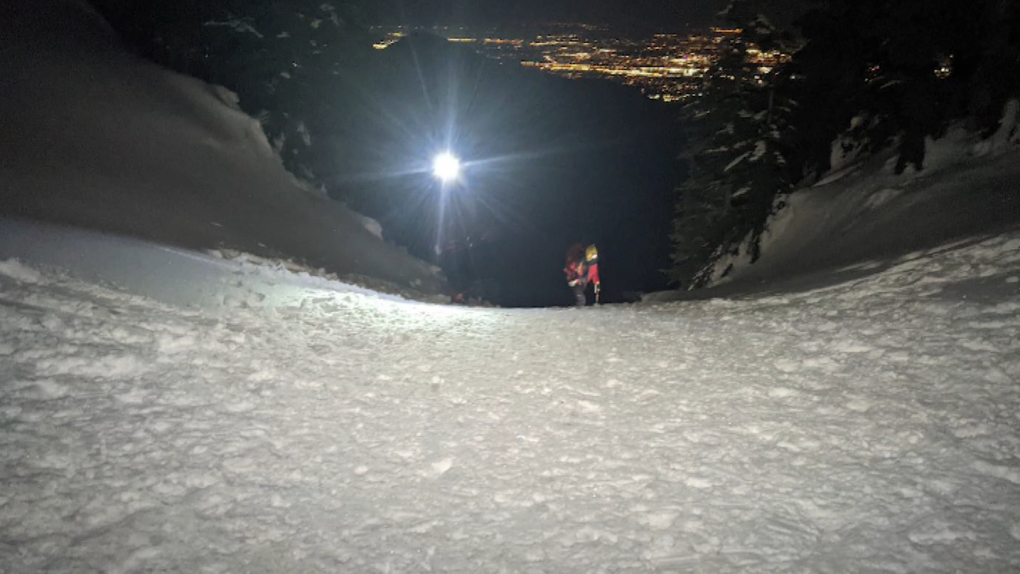 VANCOUVER -- It was another busy night for rescue crews on the North Shore, who were called to two separate incidents Monday.

The man and woman, both in their 30s, ran into trouble when they slipped and fell on an icy patch near Tim Jones Peak, NSR said.

They were able to call 911, and rescue teams got their co-ordinates. They were reached at about 1 a.m. . Monday and were brought to safety.

And theirs was not the only rescue that night. NSR was also called to help find two teenagers who got lost near the Inter River Park and Lynn Creek area.

They were found quickly, and no injuries were reported.

Following a different search-and-rescue case, a volunteer with another team issued a public plea regarding the dangers of shaming backcountry adventure seekers who end up needing help.

His words come after a recent death near Cypress Mountain. The woman was the subject of negative online posts last week before her death was announced.

Michael Coyle of Coquitlam SAR told CTV News Monday that no one sets out thinking they'll need to be rescued, but it happens.

"The online criticism isn't meaningless or just noise. I think it actually has a public safety effect and makes people reluctant to call for help," Coyle said.