Snow expected on highways between Lower Mainland and Okanagan 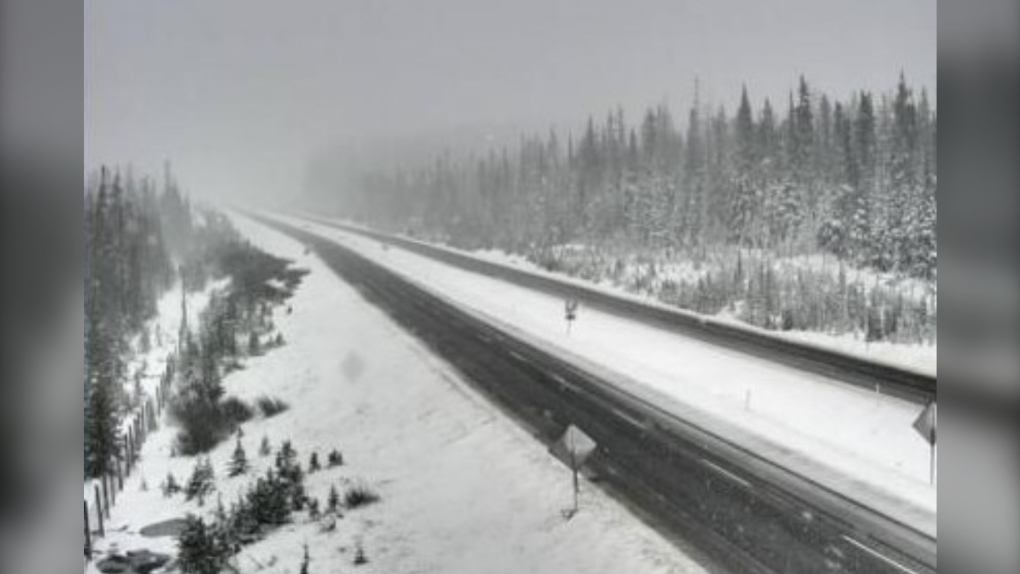 Snow seen on the Okanagan Connector about 74 kilometres west of Kelowna on May 22, 2020. (Drive BC)

VANCOUVER -- Even though summer's less than a month away, highways connecting the Lower Mainland and the Okanagan could see some snow heading into the weekend.

A weather statement from Environment Canada says the Coquihalla Highway between Hope and Merritt and the Crowsnest Highway over Allison Pass could see accumulations of up to four centimetres Friday morning.

Further east, over the Okanagan Connector and between Paulson Summit and Kootenay Pass, as much as 10 centimetres could accumulate by the afternoon, Environment Canada says.

"Weather in the mountains can change suddenly resulting in hazardous driving conditions," Environment Canada's statement says, even though snow tires aren't required on B.C. highways this time of year.