Snow-clearing lawsuit can be heard, Supreme Court of Canada rules in B.C. case 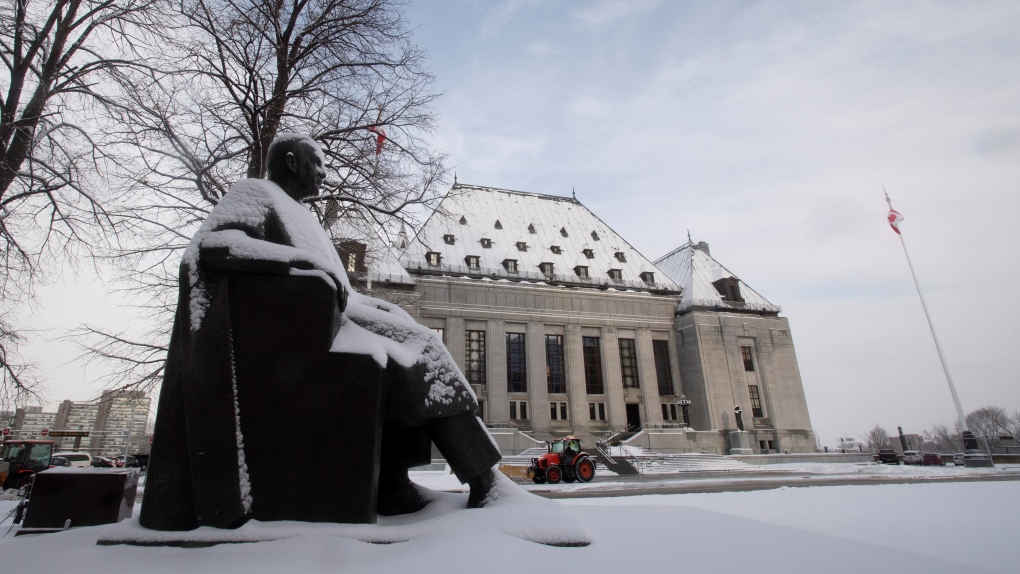 The Supreme Court of Canada is seen, Thursday, Jan. 16, 2020, in Ottawa. THE CANADIAN PRESS/Adrian Wyld
OTTAWA -

A woman will get another chance to sue for damages over a leg injury she suffered while climbing through snow piled by a city's plow, the Supreme Court of Canada has ruled.

Taryn Joy Marchi alleged the City of Nelson, B.C., created a hazard when it cleared snow from downtown streets after a storm in early January 2015.

The removal effort left snow piles at the edge of the street along the sidewalk early in the morning of Jan. 5.

Late in the afternoon of Jan. 6, Marchi - then a 28-year-old nurse - parked in an angled spot on the street and, wearing running shoes with a good tread, tried to cross a snow pile to get on to the sidewalk.

Her right foot dropped through the snow and she fell forward, seriously injuring her leg.

Marchi contended the city should have left openings in the snowbank to allow safe passage to the sidewalk.

She pointed to the neighbouring municipalities of Castlegar, Rossland and Penticton in arguing there were preferable ways to clear the streets so as to ensure safe access for pedestrians.

However, the trial judge dismissed her case, saying the city was immune from liability because it made legitimate policy decisions about snow clearing based on the availability of personnel and resources.

In any event, the judge concluded, Marchi assumed the risk of crossing the snow pile and was “the author of her own misfortune.”

The B.C. Court of Appeal overturned the decision and ordered a new trial, saying the judge erred in addressing the city's duty of care and the question of Marchi's negligence.

The ruling prompted the City of Nelson to seek a hearing in the Supreme Court.

In a written submission to the high court, the city said its actions amount to “a clear example of a core policy decision” that should be immune from liability.

In her filing with the court, Marchi said city employees made a number of operational decisions that fell below the expected standard of care of a municipality - decisions not required by the written policy.

In its 7-0 ruling Thursday, the Supreme Court said a fresh trial should take place because the city has not proved that its decision on how to clear the snow was “a core policy decision” immune from liability.

While there is no suggestion the city made an irrational or “bad faith decision,” the city's core policy defence fails and it owed Ms. Marchi a duty of care, justices Sheilah Martin and Andromache Karakatsanis wrote on behalf of the court.

“The regular principles of negligence law apply in determining whether the City breached the duty of care and, if so, whether it should be liable for Ms. Marchi's damages.”

This report by The Canadian Press was first published Oct. 21, 2021.