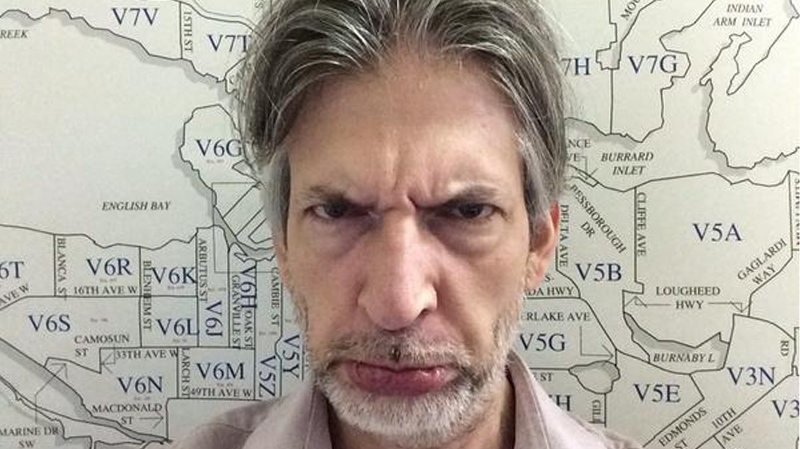 Kinder Morgan lawyer Bill Kaplan told the court that activists who have blocked a subsidiary pipeline builder in a Metro Vancouver conservation area obstructed workers in part by making faces. Millions in damages are being sought.

A social media meme poking fun at the assertion has gone viral. Professed environmental advocates, random members of the public, at least one of the defendants and Vancouver Mayor Gregor Robertson have uploaded interpretative photos dubbed the "Kinder Morgan face."

"It feels a little bit like Kinder Morgan are stepping in it," said Stephen Collis, one of five defendants named in two legal actions, adding he finds the joke hilarious.

"This is one of the ones where they really did put their foot in their mouth. People are going to pick up on that."

Three days of hearings into an injunction application against the protesters wrapped up on Friday, with a judge reserving his decision until Nov. 17.

Kaplan had argued the defendants conspired against Kinder Morgan, employing social media and telephone networks to harm the oil company and pipeline builder Trans Mountain as they seek to nearly triple capacity by expanding a route under Burnaby Mountain.

He entered into evidence photographs of protesters wearing facial expressions he said demonstrate anger and violence.

"One of the things I will argue is that is not only intimidation, but that is actually an assault," he said on Wednesday.

In his reply to the court two days later, Kaplan reiterated his position and said obstruction amounts to assault. He did not return to the depictions of protesters' demeanours.

"If I'm walking along the road and you place yourself in front of me, the choice is to retreat or to contact. When 45 people do it arm-in-arm, yelling, it's intimidation and assault."

He went on to provide criminal code definitions of assault, intimidation and causing a disturbance.

"It can be offended by fighting, screaming, shouting, swearing, singing or using insulting or obscene language."

It was just one of many remarks eliciting fresh titters from the defendants' supporters in the public gallery, shielded from the court by soundproof Plexiglas.

Protesters mounted around-the-clock blockades of two prospective bore hole sites and a nearby park starting in early September. It prevented the company from conducting field studies. The City of Burnaby has taken its own legal action to try to halt the survey work approved by the National Energy Board.

A Facebook event titled "Sing out and stand up for Burnaby Mountain" invited the public to keep up the vigil over the weekend.

Ali Hounsell, spokeswoman for the Trans Mountain Expansion Project, said on Saturday the company recognizes there are a variety of views on the project. She said expressing them through social media is their right.

"But I think it's important for people to remember that the individuals that are trying to do this work ... are your neighbours. They're hard-working everyday men and women," she said.

"It is somewhat concerning that people are making light of and even seem to be celebrating the bullying of these individual workers."

Defendant Lynne Quarmby, who chairs SFU's microbiology department, said the meme points to the "absurdity" of the legal arguments.

"[Kaplan] talked about the intimidating Jack-O-Lantern that had 'No Pipelines' carved into it. And the Kinder Morgan face is along those lines," she said, adding she took her own selfie of herself smiling.

She was asked whether she felt the trend could cause any harm.

"In that silly thing going viral? No! It's like cute cat videos, my goodness."