The operator of a B.C. bus service is searching for the owner of a slithery stowaway he discovered during routine maintenance work last week.

Michael Hathaway, owner of Mountain Man Mike's, told CTV News he was checking the air conditioning vents on one of their buses Friday when he found a large corn snake.

"I looked down and I saw what I thought was a rubber snake on the floor," Hathaway said.

"I continued working down the line, and I came back to it and gave it a poke and realized that it was actually a live snake."

The owner grabbed a box and managed to scoop the snake up and carry it outside. Fortunately, he had some previous experience with snakes, though it dates all the way back to elementary school.

"We had a corn snake in my class when I was in Grade 6 as the class pet. That's really my only formal interaction with a snake," Hathaway said.

It's unclear how long the creature had been on board, but Hathaway believes it could have been alone on the bus for days in the summer heat.

Mountain Man Mike's shared a picture of the creature on Facebook Saturday in the hopes of tracking down the rightful owner – but Hathaway said his three kids, who are between the ages of four and 12, are having a ball caring for in the meantime.

"You find something cool at work, the first thing you want to do is share it with your kids," he told CTV News. "They were arguing over whose room it gets to sleep in and names and everything else. We think we've settled on Cream Corn as the name, although we're still back-and-forth."

Even Hathaway's wife, who was initially "quite skeptical" of the snake, has come around. 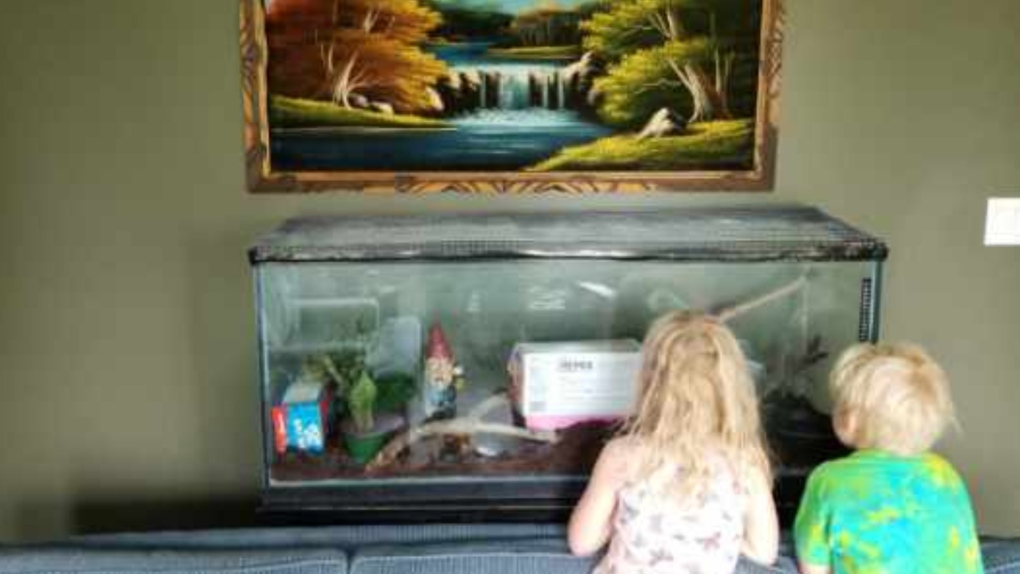 Providing even a temporary home for the reptile proved to be quite a challenge, but the small community of Kaslo stepped up to help. Hathaway said they asked for assistance online and before they knew it, they had everything from a 4.5-foot tank to a heat lamp.

"The snake's pretty happy," he said of the current living conditions. "I am planning on going out and buying more supplies but I kind of want to see what's going to happen with the situation."

Anyone with information on the snake's owner can reach out to Mountain Man Mike's.