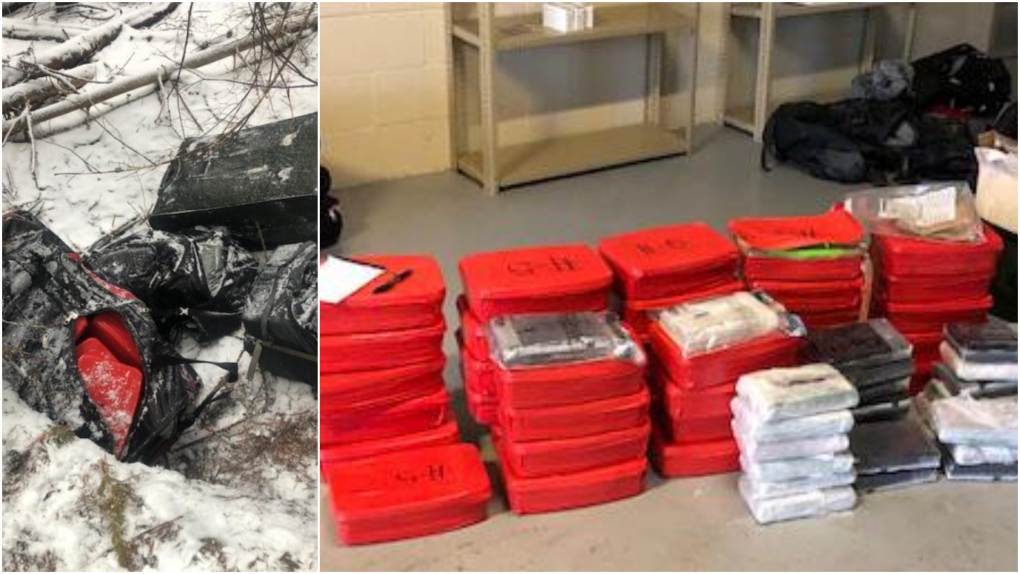 Photos from U.S. Customs and Border Protection show duffel bags and drugs allegedly found near the Canadian border in Idaho.

VANCOUVER -- Officials are investigating after five duffel bags of narcotics were found on the U.S. side of the border earlier this month.

CBP said in a news release earlier this week that its agents had been "alerted to suspicious activity" on a remote forest service road near the border.

An agent was sent to the area, and found two people trying to hide, CBP says.

According to the news release, the pair "fled into Canada," when approached, but the duffel bags were found in the snow near where they'd been hiding.

Customs officials say the bags contained about 84 pounds of cocaine – valued at US$1.2 million.

Another 198 pounds of methamphetamine was also found, CBP says, valued at approximately US$960,000.

The agent reported a vehicle they'd seen leaving the area, and a suspect was pulled over and taken into custody, CBP says.

Two suspects were also located by the RCMP and are being held in Canada as the investigation continues.