'Significant snowfall' may be on its way for Metro Vancouver, Fraser Valley

'Significant snowfall' may be on its way for Metro Vancouver, Fraser Valley 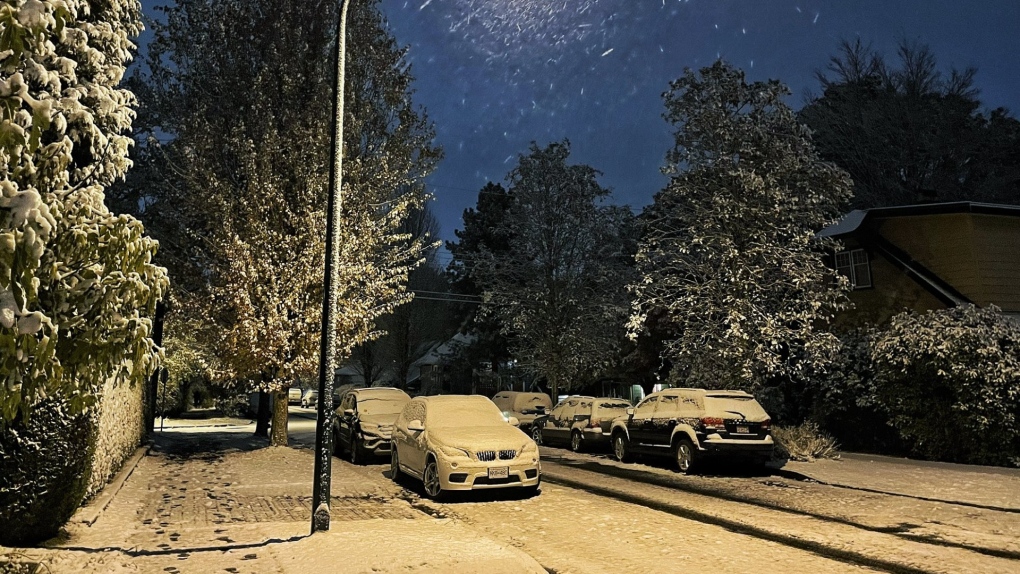 Snow falls on the City of Vancouver on Nov. 7, 2022, marking the earliest measurable snowfall since 1991. (Penny Daflos)

The potential for snow in the region in the coming days has prompted a special weather statement for Metro Vancouver and the Fraser Valley.

On Tuesday both freezing rain and "significant snowfall accumulations" are possible, according to ECCC. Overnight Tuesday, snow is expected to transition to rain creating "poor travel conditions."

The Weather Network predicts this could be the first real "wallop" of snow to hit at lower elevations this season. In an online update, the network says up to 20 or 30 centimetres could fall in the eastern parts of the Fraser Valley, while some areas in Metro Vancouver could see between 10 and 20 centimetres.

Prime Minister Justin Trudeau will be presenting the federal government's offer for billions in new health-care funding to the provinces and territories at a highly anticipated meeting in Ottawa today.

Search teams and emergency aid from around the world poured into Turkiye and Syria on Tuesday as rescuers working in freezing temperatures dug, sometimes with their bare hands, through the remains of buildings flattened by a powerful earthquake. The death toll soared above 5,300 and was still expected to rise.

Canada’s yearslong shortage of veterinarians was exacerbated during the pandemic, as more people welcomed pets into their homes to add joy and companionship during lockdowns. Now, concerns around quickly accessing medical care for animals is more urgent than ever, says one vet.

A former London police officer was sentenced Tuesday to life in prison with a minimum term of 30 years for raping and sexually assaulting a dozen women over a 17-year period.

Astronomers have discovered a rocky exoplanet about a few dozen light years away from Earth with conditions that could make it habitable.