Two people are injured and a third is in custody after what RCMP describe as a "public shooting" at a rodeo in B.C. Sunday.

Police say they were called to the Williams Lake Stampede grounds around 3:30 p.m.

"Two people suffering from unspecified injuries have been taken to a local area hospital and one suspect is in custody. Preliminary information suggests that this incident was targeted and no further risk remains to the public," Mounties said in a statement.

"The investigation is in its infancy and no further information is available at this time."

According to a Facebook update from stampede president Court Smith, the thousands in attendance were told to evacuate by an announcement over the loudspeaker during the bull riding event.

"There were no other injuries. Our announcer did a fantastic job of having people exit the facility," he said in a Facebook video, noting the investigation is ongoing and thanking the RCMP for its swift response. 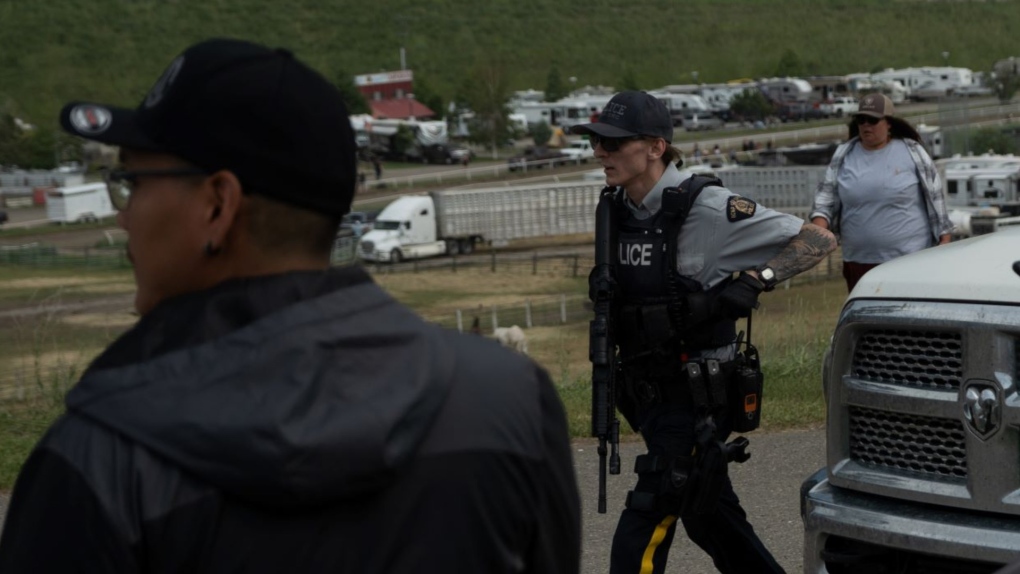 This photo, submitted by Kevin Li, shows the RCMP on scene after a shooting at the Williams Lake Stampede on July 3, 2022.

This weekend marked a return of the event after two years of COVID-19-related cancellations.

Laureen Carruthers was there at the time, enjoying the end of what she described as a "perfect rodeo weekend" when the shooting occurred. She was in the ring taking photos for the association at the time.

"There was just suddenly some type of commotion. We didn't really understand anything that was going on. I saw the clown jump over the fence and go up into the stands," she tells CTV News.

"At that point I thought it was part of the clown show." 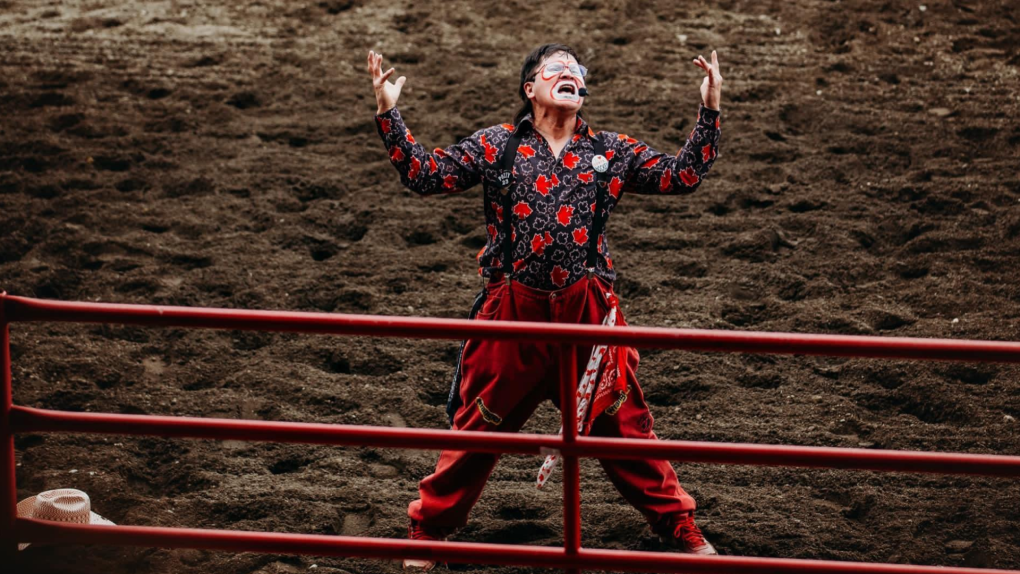 When she heard instructions to evacuate she realized that was not what was happening at all. But she said the scene was not chaotic, crediting the announcer with setting the tone by speaking calmly and providing clear instructions.

"There were people helping, people in wheelchairs being carried down the steps and out through the actual rodeo arena and through the gates where the contestants are," she recalls.

"Everybody was really trying hard to help those around them. There was no panic at all. It was handled incredibly well."

Although she was initially worried for her mother and son who were in the stands, she has since learned they both got out safely.

She says the mood over the weekend was jubilant, with a sold-out crowd enjoying the return of a beloved annual tradition.

"It was just one of the all-around best rodeos I've ever been to," she said, adding she's lived in Williams Lake for 53 years and always looks forward to the way the city comes alive on the weekend of the event.

"It's just a horribly, horribly sad ending to an absolutely perfect weekend."

The RCMP is asking anyone who has footage or information to contact investigators by calling at 250-392-6211.

A 51-year-old man from Afghanistan was charged Tuesday with killing two Muslim men in Albuquerque, New Mexico, and authorities said he is suspected in the slayings of two others whose deaths sparked fear in Muslim communities countrywide.