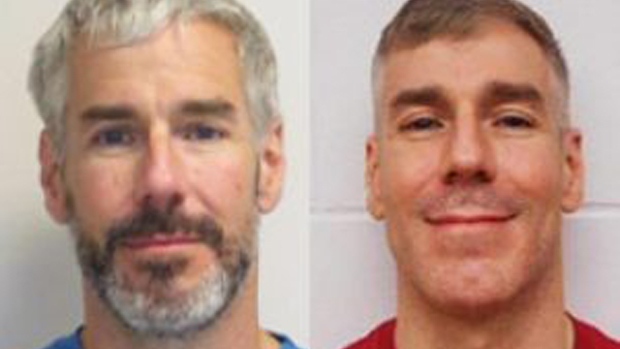 Trevor Leonard Smith, 45, is seen in these photos provided by the Vancouver Police Department.

Vancouver police are warning the public that a high-risk sex offender known for targeting women and children is residing in the city.

In a statement issued Friday, police said the 44-year-old has completed his sentence and is being released into the community.

“He poses a high risk for committing violence against women and sexual offences against children,” the statement said.

Smith is bound by several court-ordered conditions. He must not be in a place where children under the age of 16 can be expected, nor is he allowed to have any contact with minors.

He is also required to report all friendships and relationships with women and refrain from possessing or consuming drugs or alcohol.

Smith is described as Caucasian with grey hair and blue eyes. He is 5-10 and weighs about 170 pounds. Police said he sometimes has a salt-and-pepper-coloured beard.

Anyone who sees Smith violating any of the conditions of the court order is asked to call 911 immediately.