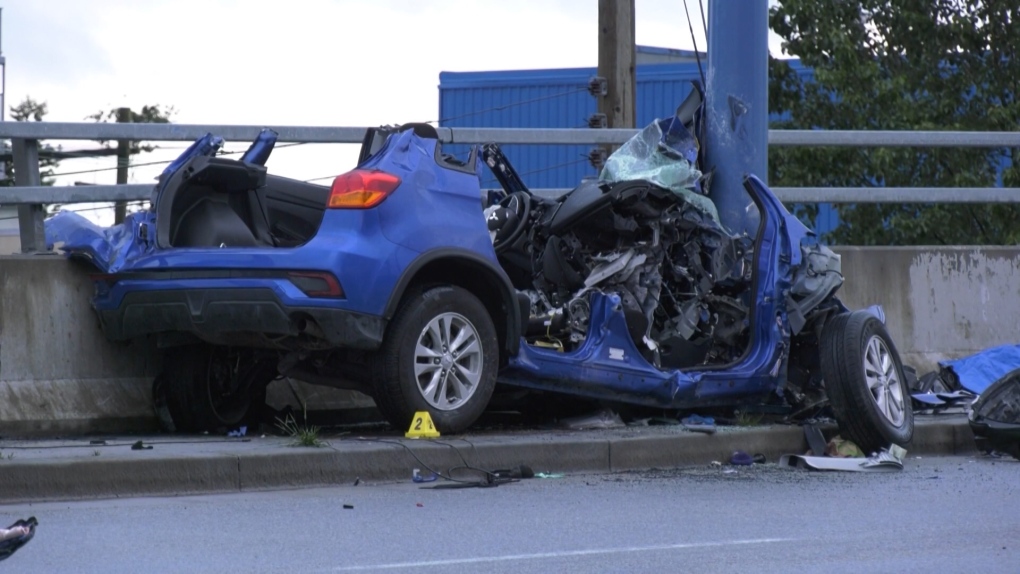 A car was badly damaged in an early morning crash on the Powell Street overpass on May 13, 2020.

VANCOUVER -- A section of the Powell Street overpass, just west of Clark Drive, has been closed to all traffic except buses after a dramatic single vehicle crash.

Vancouver police say the collision happened at about 4 a.m. Wednesday.

A blue SUV was seen on the sidewalk and wrapped around a light post. Damage was so severe the vehicle's engine was visible and there was debris scattered across the road.

The vehicle's doors and windows had to be ripped off so first responders could extricate one person. Police say they were taken to hospital, but the extent of their injuries aren't known.

There's no word yet when Powell Street will fully reopen to traffic. Vancouver police say there is a fluid on the street, creating a hazard, but city crews are heading to the area to clean it up.

A serious crash has closed the Powell Street overpass. Police on scene tell me nobody was killed — but no indication yet how bad injuries may be. An SUV is on the sidewalk, wrapped around a light post. Roof had to be removed by first responders. @CTVVancouver pic.twitter.com/bWbHDBLaaW