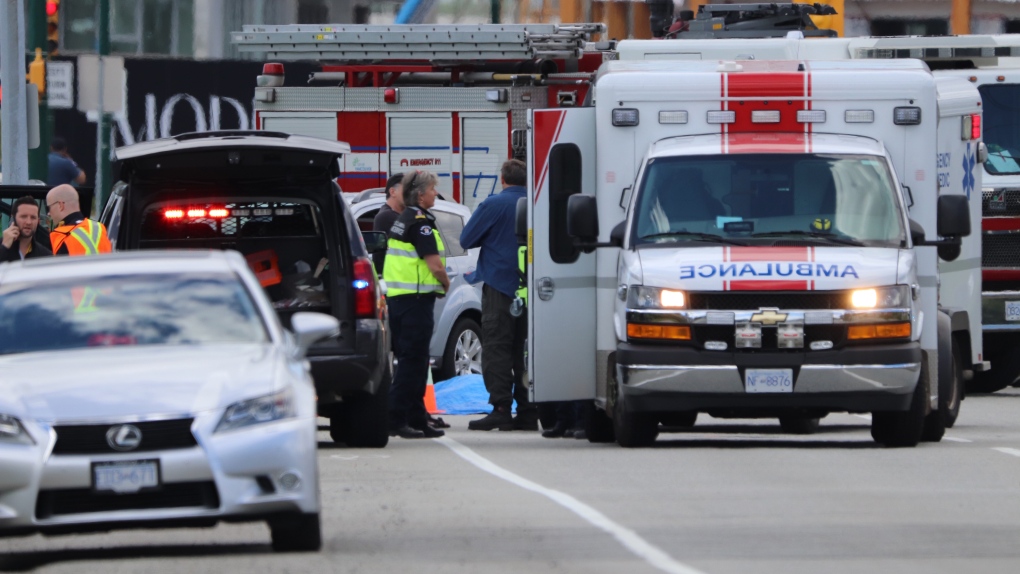 Mounties in Burnaby say the driver of a semi-truck allegedly involved in a pedestrian's death last week has been identified and is co-operating with police.

RCMP officers were dispatched to Marine Way just east of Boundary Road at 11:20 a.m. on June 6, where a man had been struck by a vehicle. He was pronounced dead at the scene.

Police initially said the victim was 75 years old, but later corrected the age to 71.

Investigators identified a semi-truck towing a dark red shipping container as a vehicle of interest.

On Friday, police said they have since interviewed the driver.

No charges have been laid in connection with the collision.