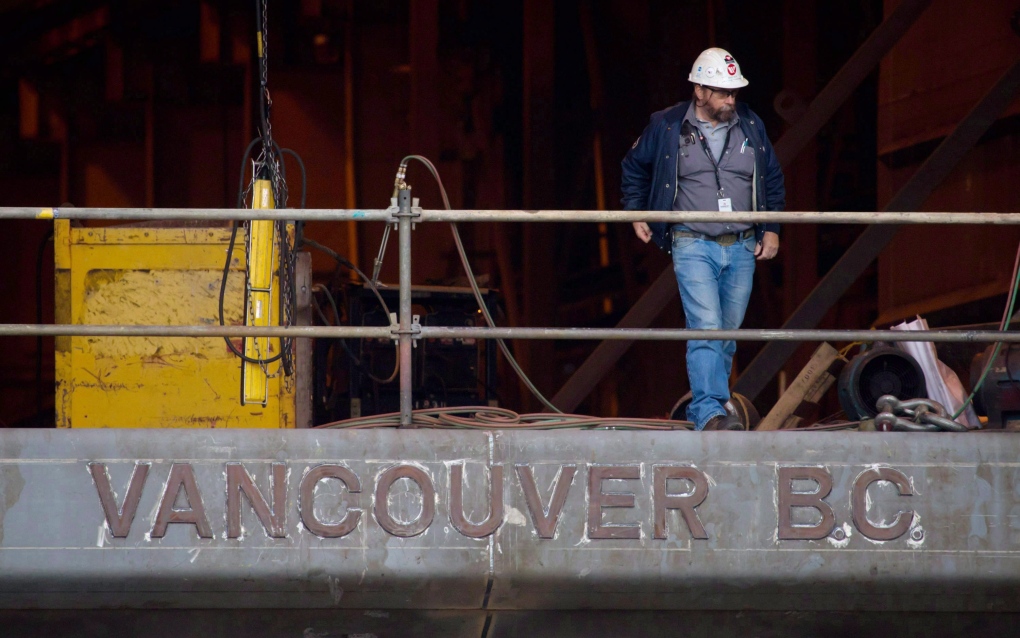 A Seaspan Vancouver Shipyards worker stands on a barge under construction in North Vancouver, B.C. in 2011. (Darryl Dyck / THE CANADIAN PRESS)

VANCOUVER -- Seaspan and the union representing its tugboat captains and engineers have come to an arbitration agreement to avert a strike in British Columbia.

Seaspan says it will defer implementing a new collective agreement and the Canadian Merchant Service Guild will stay off the picket lines while both parties enter federal arbitration.

Contract talks that began Oct. 21, 2013 have failed and federal Labour Minister Kellie Leitch met with the parties on Tuesday to help broker the deal.

A separate dispute remains unresolved between Seaspan and the International Longshore and Warehouse Union, whose members assist tankers and other vessels docking and leaving ports.

Local 400 president Terry Engler says members have voted unanimously to strike -- a move that would cripple operations at Port Metro Vancouver and other B.C. ports.

He says the union will give 72-hour strike notice and walk off the job June 9 if Seaspan doesn't back off 46 proposed changes to the collective agreement.