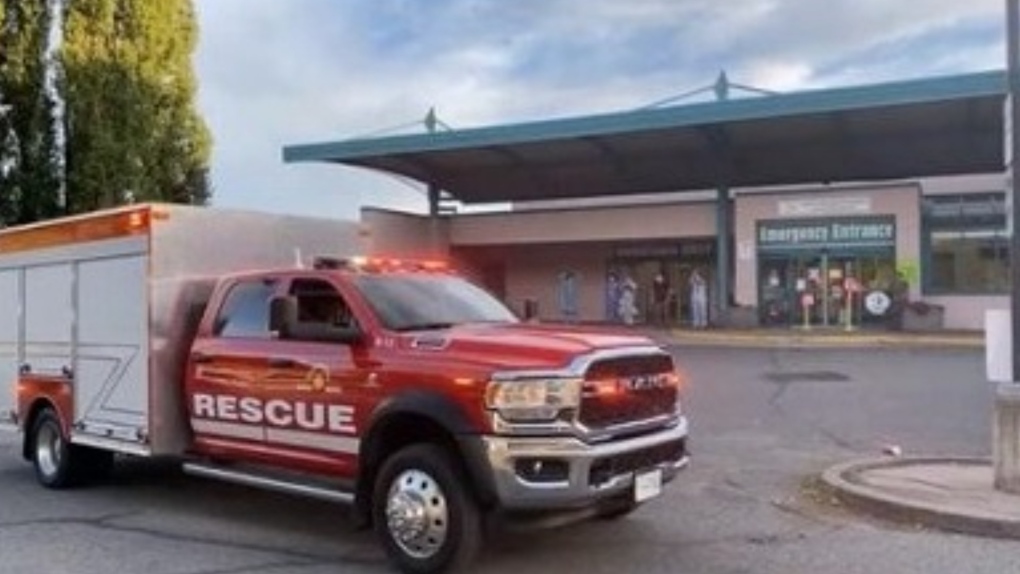 Williams Lake RCMP shared this photo of the stolen truck.

A search and rescue team in Williams Lake, B.C., says the theft of a new truck and tens of thousands of dollars of equipment this weekend will make it harder for crews to respond to calls in the region.

Debra Bortolussi has been a member of Central Cariboo Search and Rescue for six years and is one of the team's spokespeople. She told CTV News the theft happened around 1 a.m. Sunday.

"They came, smashed out a window and stole one of our rescue trucks," Bortolussi said. "This truck we were just able to purchase last year, so it is brand new and it holds all the tools required for highway rescue as well as embankment rope rescue and just many, many items that help us help the community."

She said she couldn't put an exact dollar figure on the value of the truck and the equipment that was taken, but that it would be "hundreds of thousands."

Bortolussi said Central Cariboo Search and Rescue helps fill some roles in its service area - such as responding to motor vehicle incidents - that would be filled by first responders in larger cities.

"This truck itself responded to 163 incidents last year, just in 2021 alone," she said, adding that it's not uncommon for the team to be called to two incidents at once, sometimes on opposite sides of the group's vast coverage area.

The loss of the truck means it will be harder for the group to respond in those situations.

"We are lucky, we do have a backup truck, and we've had many offers from the community to help us kit it out in any way that we need it, which is greatly appreciated, but it does have an effect on the community, absolutely," Bortolussi said.

Williams Lake RCMP are investigating the theft and are asking the public for help locating the missing equipment.

The truck is a red 2020 Dodge Ram 5500 emergency vehicle, Williams Lake RCMP said in a news release. It has the licence plate RH7960.

"This emergency vehicle represents a significant investment in the safety of the community," said Cpl. Shane Nicoll in a statement.

"We are asking that everyone look out for the search and rescue truck and, if seen, report it to police immediately."

Anyone who spots the vehicle should not approach it, but instead should call either 911 or the Williams Lake RCMP, which can be reached at 250-392-6211.