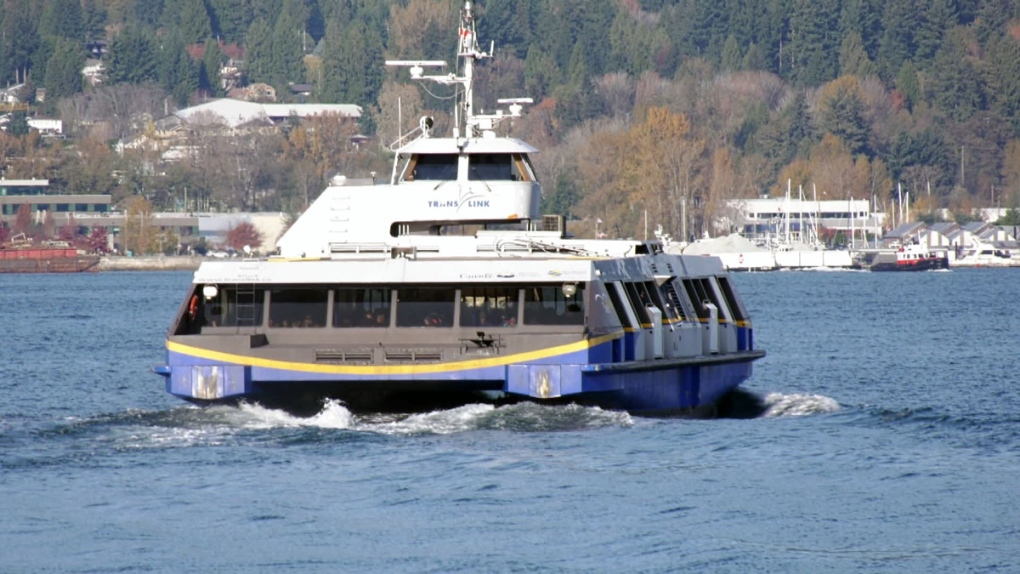 VANCOUVER -- Commuters travelling between Vancouver and the North Shore will soon have more transit options during peak hours as TransLink is increasing SeaBus sailings.

To meet increased demand, TransLink announced Thursday that weekday SeaBus departures will happen every 15 minutes between 7 and 9 a.m. and between 3 and 6:30 p.m.

The changes will come into effect Monday.

"This boost from sailings occurring every 30-minutes will help to accommodate demand and provide more space for customers during peak hours," a statement on TransLink's website says.

"Demand is expected to continue increasing as B.C.'s economy reopens and as British Columbians undertake more travel within the province this summer."

Sailings were reduced back in March because of low ridership during the novel coronavirus pandemic. But TransLink says weekday boardings on the service have nearly tripled since the pandemic's lowest ridership in April.

Even so, weekday SeaBus boardings are still less than 25 per cent of what they were last year, TransLink says.

Anyone who takes the SeaBus is also reminded of new measures in place. For example, capacity has been reduced to 50 per cent and customers are asked to wear a mask while on board and while waiting for the SeaBus.

There's also a new boarding procedure to promote physical distancing during busier periods and customers are no longer able to line in the middle load ramps.

Like on all transit modes, enhanced cleaning measures are also in place.