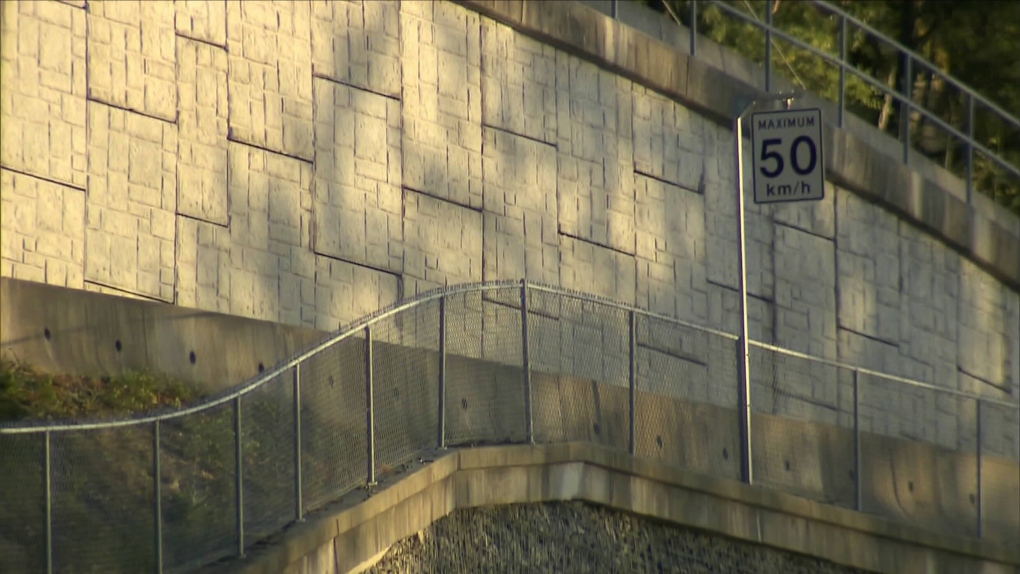 The B.C. government said a retaining wall on the Sea-to-Sky Highway, which was built just five years ago, needs repairs. April 21, 2015. (CTV)

VICTORIA - Transportation Minister Todd Stone says a retaining wall on the Sea-to-Sky Highway near the Horseshoe Bay ferry terminal needs repairs, but doesn't pose safety concerns despite questions by the Opposition about the new highway falling.

Stone says Transportation Ministry engineers assure him there are no safety issues along the stretch of road that includes steep cliffs and a railway track just below the highway that was rebuilt for the 2010 Olympics.

He says measures are being taken to ensure residents who live in the Pasco Road area of the highway will face minimum traffic delays while crews make sure a wall above the road is properly reinforced and stable.

NDP transportation critic Claire Trevena is calling for an independent safety audit of all the highway's retaining walls.

Trevena says she has concerns that construction shortcuts may have been taken on the highway because it was only built five years ago and it already requires structural repairs.

British Columbia's government spent $600 million to widen and straighten large sections of the Sea-to-Sky Highway, known for its deadly vehicle crashes, in time for the 2010 Games.