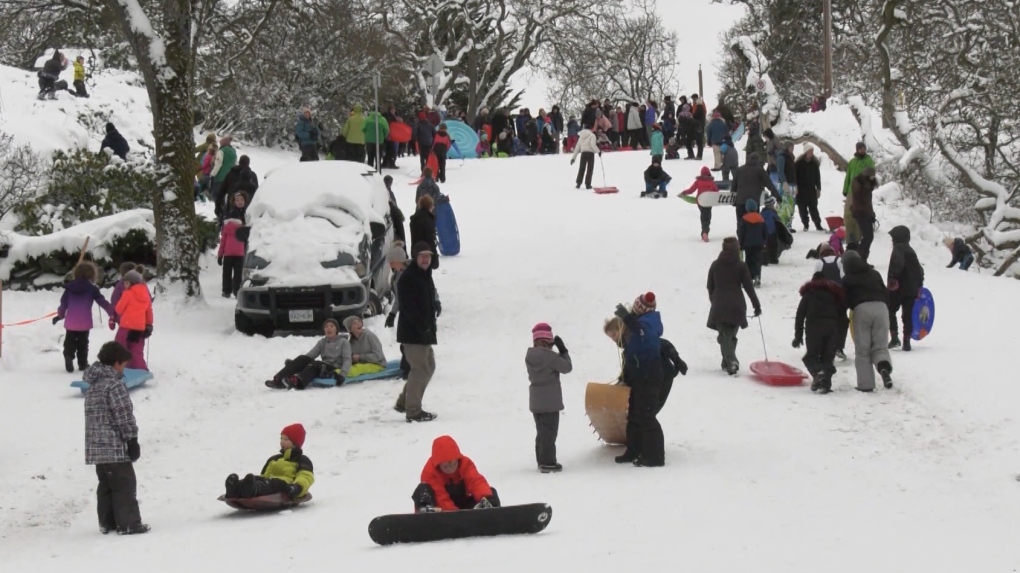 Metro Vancouver residents of all ages enjoying a snow day on Wednesday, Jan. 15, 2020.

VANCOUVER -- While warmer weather is on its way to the Lower Mainland, some schools are keeping classes cancelled for Thursday.

Vancouver is expected to see highs of 2 C and lows of -1 C on Thursday. Environment Canada also says there is a 40 per cent chance of rain showers or flurries in the morning.

As of 6:15 a.m., here were the public school districts that declared another snow day Thursday:

Some private and post-secondary institutions also decided to cancel class including:

While not all school districts or post-secondary institutions notify students if classes are in session, here are some that have said they are open: