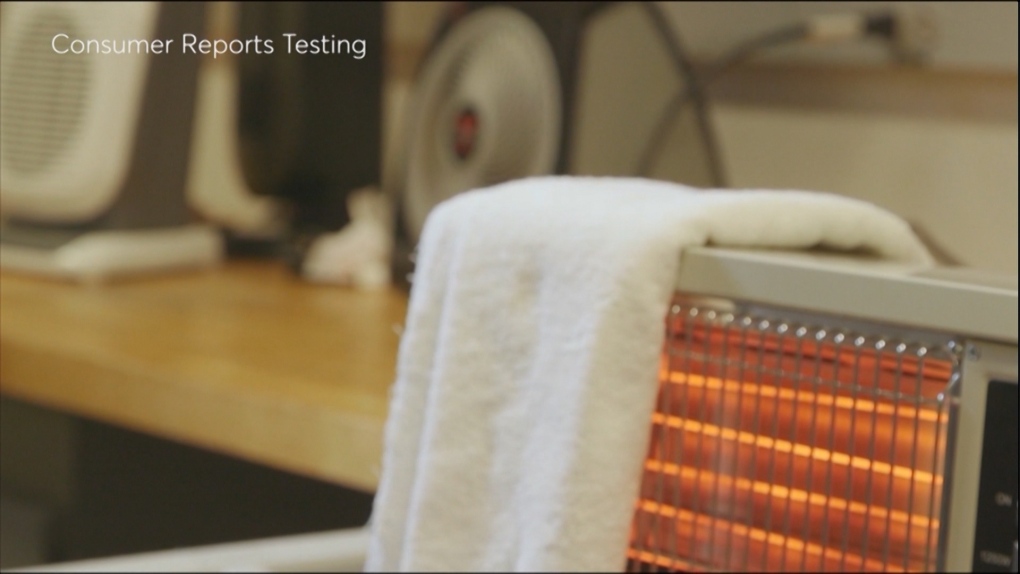 The tragic fire in New York City on Sunday hits close to home. A malfunctioning space heater is to blame for the deaths of nine adults and eight children.

"Be really, really careful with those space heaters because it does happen in British Columbia," warned Gayanne Pacholzuk, prevention coordinator for the B.C. Professional Fire Fighters Burn Fund.

According to the Office of the Fire Commissioner, there were 17 fires in B.C. directly related to space heaters in 2021. Over the last decade, there have been 171 of the fires, resulting in four deaths and 16 injuries.

Space heaters can get very hot and older models with open grills will burn things quickly.

"The safest space heaters shut off automatically if they become too hot or if they’re knocked over,” explained Paul Hope, Consumer Reports home editor.

Never use extension cords with portable space heaters, plug directly into the socket. In addition, keep your heater on the floor at least a meter away from anything that can burn.

"It also means from children and pets," added Pacholzuk.

You should never leave a space heater on when you are not in the room or leave it on when you leave the house.

"Just like cooking at home, don't leave your kitchen when you're cooking," said Pacholzuk.

Those who died in the Bronx fire were overcome by smoke. That is why it is important to have up to date functioning smoke detectors installed in your home, especially where you sleep.

Make sure to check the smoke detectors regularly and change the batteries at least once a year.

Who is Pierre Poilievre’s wife? What you should know about Anaida Poilievre