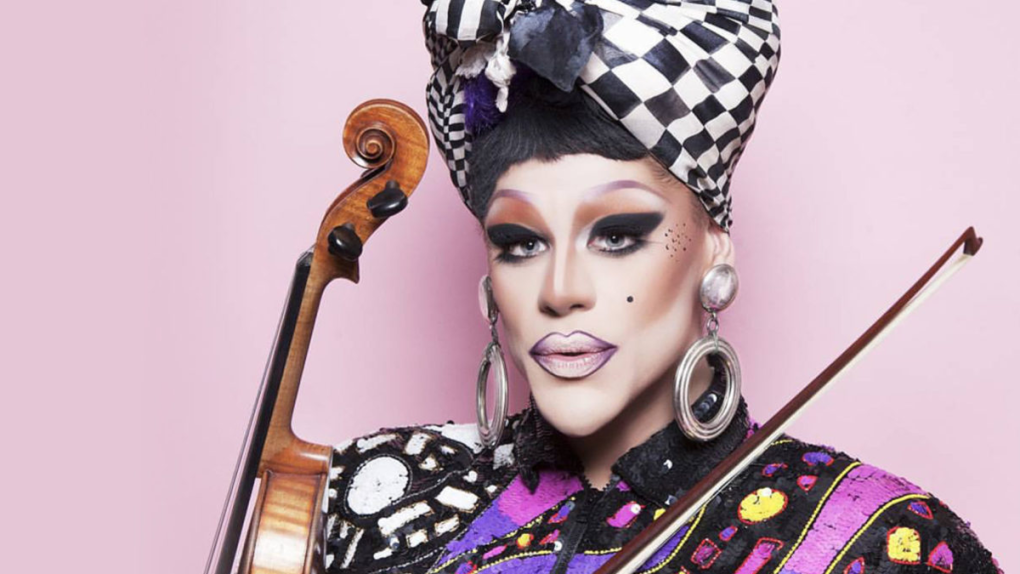 Thorgy Thor teamed up with conductor Daniel Bartholomew-Poyser for a show that starts at 8 p.m. at the Orpheum Theatre. (Photo from VSO)

A fan favourite on RuPaul's Drag Race will take to a Vancouver stage Tuesday night.

Thorgy Thor is teamed up with conductor Daniel Bartholomew-Poyser for a show that starts at 8 p.m. at the Orpheum Theatre.

Tickets for "Thorgy Thor and the Thorchestra" were still for sale in all sections as of noon Tuesday for prices ranging from $49 to $89.

In its description of the show, the Vancouver Symphony Orchestra says Thorgy "wields her outrageous fashion sense, razor-sharp wit, and virtuoso classical chops to create a thrilling, theatrical, all-new show."

Thorgy, a drag queen from Brooklyn, N.Y., finished season eight in sixth place. She then placed 10th in the show's third season of "RuPaul's Drag Race All Stars" – a series featuring queens who competed in previous seasons.

She's a trained viola and violin performer, and also knows how to play the cello.

"You’ll laugh, you’ll cry, and your heart will throb as Thorgy slays with song, dance, and hilarious shenanigans in this can’t-miss symphonic spectacular," the VSO says in its concert listing.

Adult supervision and audience discretion are advised as the performance includes mature themes.

The show is being put on during of Vancouver's 10th annual Queer Arts Festival, which runs from June 17 to 28.

It's an artist-run multidisciplinary arts festival held at the Roundhouse, featuring events including art exhibitions, readings and musical performances.