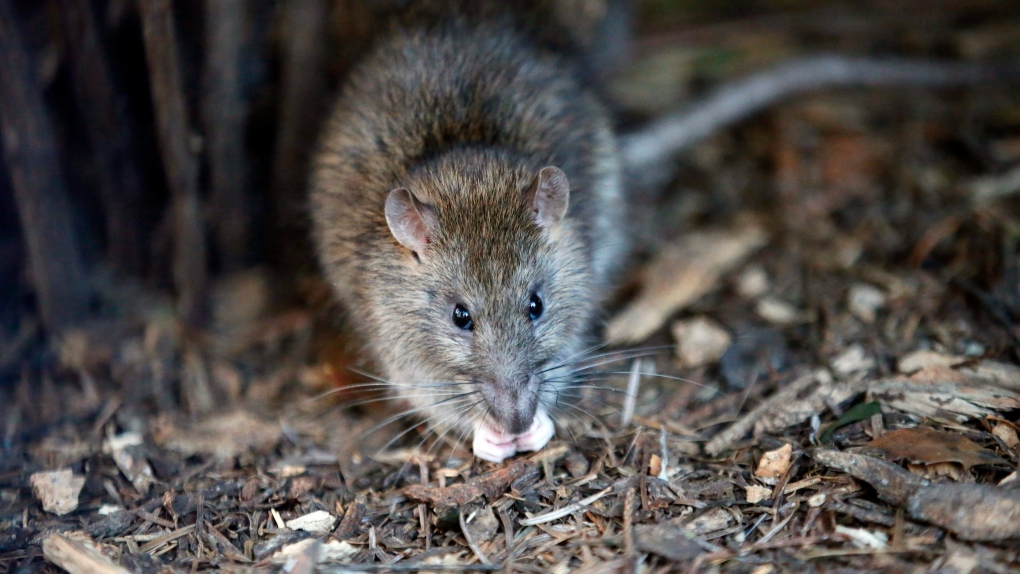 Vancouver, Victoria, Burnaby, Richmond and Surrey rounded out the top five when it came to calls about mice and rats, Orkin says. (AP Photo / Francois Mori)

Pest control company Orkin has released its list of the top 20 B.C. cities with the most mouse and rat calls and Vancouver tops the list, followed by Victoria, Burnaby, Richmond and Surrey -- in that order.

Kelowna takes sixth spot, while Vernon and Kamloops rank 18th and 20th respectively -- but those three cities are the only ones outside of the Greater Vancouver area and southern Vancouver Island to make Orkin's list.

The company says, as spring arrives, homeowners should take steps to keep rodents out by sealing any cracks in the home's foundation, trimming bushes and trees to eliminate hiding places and removing water sources that rats and mice need to survive. 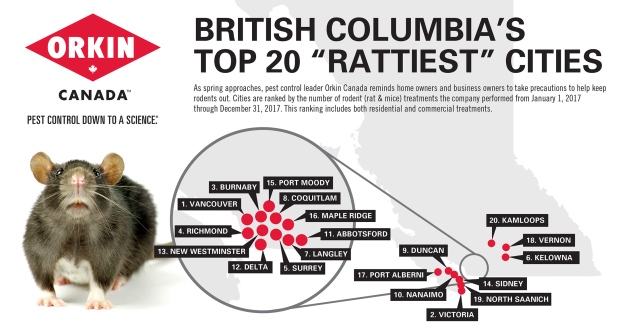