Ridings to watch: Can longtime NDP MP make a comeback in Burnaby? 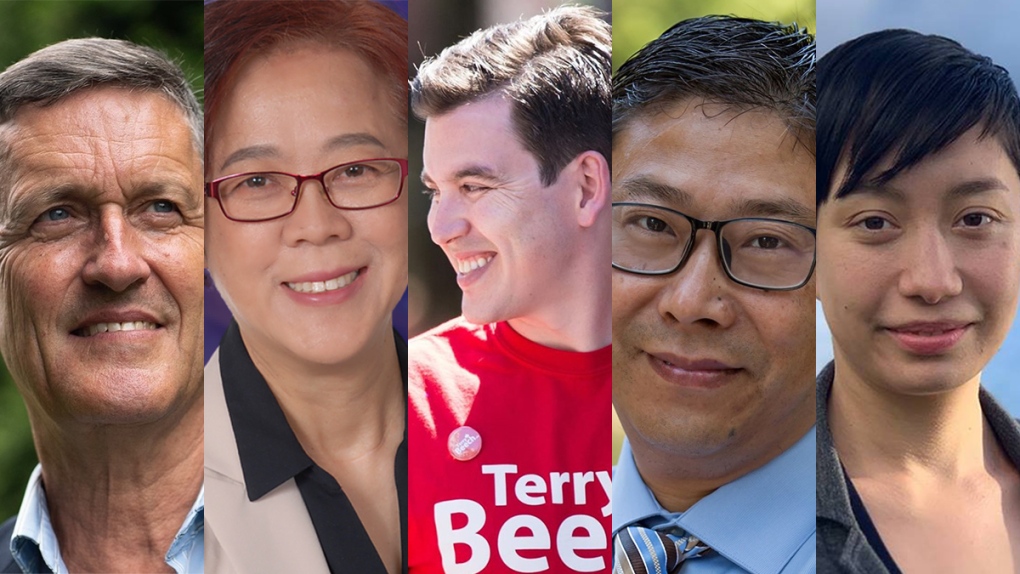 VANCOUVER – There could be a nail-biting finish in the Burnaby North-Seymour riding Monday night as Svend Robinson angles for another political comeback.

Robinson, who is once again representing the NDP, is hoping to steal a seat from Liberal incumbent Terry Beech, and an analysis at 338 Canada suggests the candidates are neck-and-neck for support heading into the election.

Beech, a first-time MP and former Nanaimo city councillor, won the riding with 36 per cent of the vote in 2015, beating the NDP's Carol Baird Ellan by about 3,400 ballots.

But Robinson has much stronger name recognition than Ellan, having represented Burnaby for 25 years before stepping back from politics in the wake of his stolen ring scandal in 2004.

And while Robinson's last attempt at a comeback in 2006 fell short, it appears voters are ready to move on from what the candidate has described on the campaign trail as a "serious" but "stupid" mistake.

Sitting down with CTV News this week, Robinson said his decision to run for office once more was motived in part by the existential threat of climate change.

"In October of last year we were told by the Intergovernmental Panel on Climate Change that we've got 11 years. And I'd like to think that maybe my experience … can make a difference in some of these issues," Robinson said.

While Beech may be less experienced, he got started in politics early, winning his first election as city councillor at the age of 18 back in 1999. He's hoping the last four years of community engagement will give him an edge when voters head to the polls.

Beech told CTV News he's been an active and responsive representative, pointing to his decision to buck his party and vote against the Trans Mountain pipeline expansion. He was one of only two Liberals to do so.

"I promised that I would represent my constituents, and on balance the majority of my constituents are opposed to (the pipeline)," he said. "I'm there to fight for the community."

Robinson has been a very vocal opponent of the pipeline project as well. Like Beech, he also defied his party's leader, Jagmeet Singh, by speaking out against the B.C. LNG project. "No new oil and gas" has been a key message of his campaign.

Whatever the outcome of Monday's vote, there won't be a Conservative in the riding. While the party received nearly 28 per cent of the vote in the last election, candidate Heather Leung was kicked out earlier this month after a video emerged of her making homophobic remarks, and it was too late to submit someone else.

Confusingly, it was also too late to alter the ballots, so Leung will be listed as a Conservative even though she's running as an Independent.

Amita Kuttner, who holds a PhD in astronomy and astrophysics, is running for the Greens and appears poised to improve the party's performance from the last election, when Lynne Quarmby earned just five per cent of the vote.

The People's Party is running Rocky Dong, who hasn't seen much traction so far. He did make headlines over the summer for a lighthearted campaign video he released on Twitter, which saw him don boxing gloves and promise to "fight for the policies of Maxime Bernier."

"HI, I'm Rocky – not Rocky Balboa," he says in the video. "I am Rocky Dong, a mild-mannered businessman."