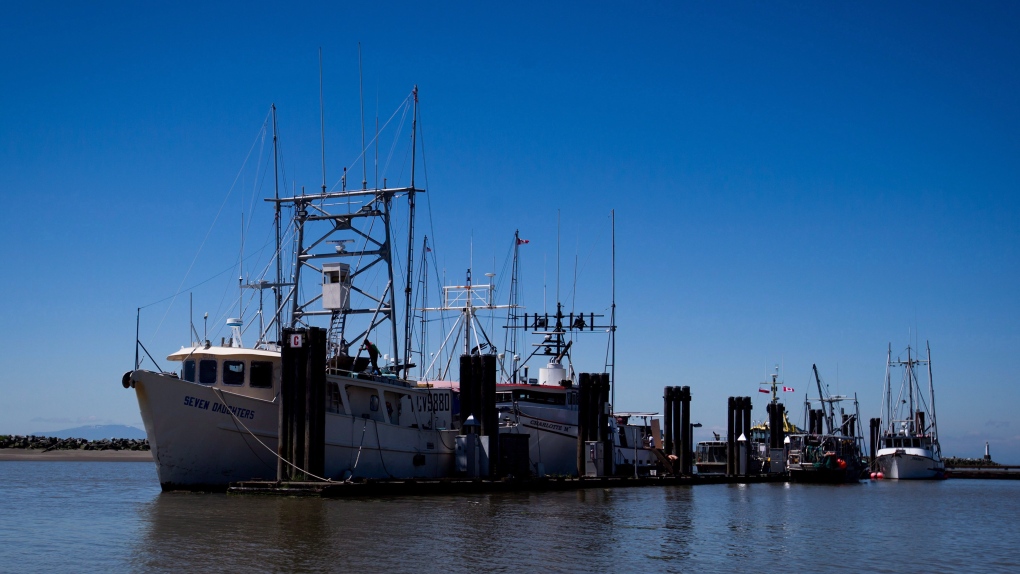 A man walks on top of a fishing vessel docked at Steveston Harbour in Richmond, B.C., on Tuesday May 23, 2017. THE CANADIAN PRESS/Darryl Dyck

The U.S. Attorney's Office in Seattle said Seven Seas Fish Company of Richmond and its 78-year-old owner, John Heras, admitted that they sold more than 4 tons of potentially adulterated fish from Mexico in the U.S. - after it had already been rejected by the Food and Drug Administration once.

The company agreed to pay a $150,000 fine, and Heras could face up to a year in prison when he's sentenced in February.

Prosecutors said the U.S. Food and Drug Administration initially rejected the fish, a white fish called corvina, in 2014 because one-third of the samples were spoiled.

Seven Seas first purchased the fish in June 2014, buying some 12,100 pounds of it from a seafood company in Mexico. The company spent more than US$36,000 on the frozen fish, according to prosecutors.

The U.S. Attorney's Office said Seven Seas tried to have the fish imported to the U.S. across the Mexican border, but it was refused entry.

Seven Seas then arranged for the fish to be shipped through the U.S. to its plant in Richmond, claiming the product would be distributed in Canada, prosecutors said.

When the fish arrived in B.C., Heras cooked and ate some of it, and claimed he found nothing wrong with it, the attorney's office said.

Then, "despite his knowledge that the fish had been refused entry to the U.S., Heras encouraged others within Seven Seas to sell the fish to customers in Washington State and elsewhere," according to the attorney's office release.

More than 9,000 pounds of the fish was sent to the U.S. without the required notice to the U.S. Department of Health and Human Services.

No illnesses have been linked to the sale of the fish in the U.S.

Prosecutors are recommending a probationary sentence for Heras, rather than the full year in prison. That said, prosecutors note in their release that the sentencing decision is ultimately up to the judge in the case.