Review: Faith No More reward the devoted in Vancouver 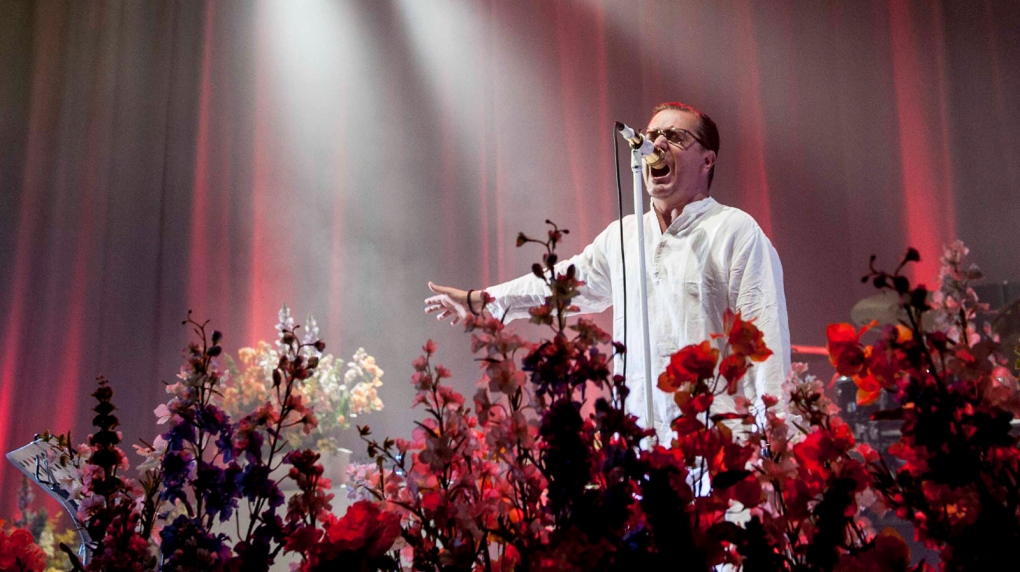 The eyes of the rock and roll world were focussed on Vancouver last night as beloved alt-metallers Faith No More began their first major North American tour for well over a decade in the sweaty confines of a full-to-bursting PNE Forum.

Even before the band stepped on stage it was clear that something unusual was approaching. The roadies, all clad in what looked like psychiatric nurses’ uniforms, appeared busier arranging countless bouquets of flowers around the stage than tweaking drums and amps.

When Faith No More did arrive (similarly decked out in white) they launched into the grinding martial snap of “Motherf*cker” before frontman Mike Patton greeted the crowd with the chirpy non sequitur of “Hello Canucks!” Stepping back in time for “Land of Sunshine,” the blend of old and new would prove to be a theme throughout the night.

Oddness was another: the band’s flair for the weird reflected in both Patton’s between song banter (“Anybody got an espresso maker around here?) and new tracks like the Radiohead-tinged minor key “Sunny Side Up.”

Not to say that Faith No More weren’t firing when the moments to rock hard and heavy were due. A pounding “Epic” arrived just six tracks into the night, and a brilliant “Midlife Crisis” followed just four songs later, amended and extended by a funky breakdown halfway through as Patton channelled a bizarre version of James Brown, “Hit me one time! Hit me two times! Hit me 18 times!”

Repeatedly circling the stage like a caged tiger, a little crack from Patton about the Canucks (who had lost moments earlier) resulted in a lighter from the crowd narrowly avoiding his head. “If you’re gonna throw a lighter,” he barked, “Throw a cigarette too.”

Bending the rules of what a hard rock band does is an essential part of Faith No More’s greatness and the reason why they never had the commercial success of contemporaries like the Red Hot Chilli Peppers who were willing to spoon feed tepid soft rock to radio for decades. This was and is an alleged metal band happy to deliver a straight rendition of The Commodore’s “Easy (Like Sunday Morning)” then pairing it with a swooning “Ashes To Ashes” (not a Bowie cover) and punk rock rip “Superhero.”

Vancouver was also be blessed with a tiny piece of rock history as Faith No More delivered the first ever performance of the title track from their forthcoming album “Sol Invictus.”

“Give it a minute,” requested keyboardist Roddy Bottum, ”then cheer like you do recognize it.”

The crowd duly obliged. On a night full of quirky and noisy pleasures, it was the least they could do. Flair for the weird: Faith No More plays PNE Forum