Restaurateur apologizes for asking breastfeeding mom to cover up 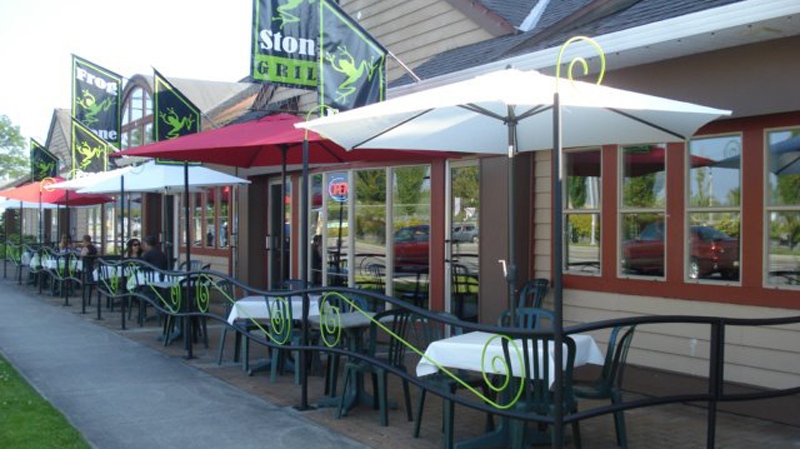 Social media outrage has prompted a Maple Ridge restaurateur to apologize after initially going on the defense for telling a mother to cover up while breastfeeding.

Todd Pratt, owner of the Frogstone Grill, received a barrage of negative phone calls and emails after Brianne McNally shared her experience last week on Facebook.

“We have 150,000 people talking about breast feeding in an eight-hour time span,” Pratt wrote on Friday. “Pretty spectacular when you think about it.”

McNally, the mother of four children, wrote that she was asked to cover herself with a blanket while feeding her baby in a booth at the restaurant.

“For the reason that ‘this is a restaurant, and there is food around’, on a very hot day, in a restaurant without air conditioning,” McNally wrote. “Put a blanket over your baby's head while you feed her. I'd like to see that woman eat her dinner with a blanket over her head.”

Pratt responded with a defensive post on Friday that has since been taken down, saying that mothers are welcome to breastfeed in the restaurant but should cover up.

“We want everyone who joins us to have a great meal in a comfortable atmosphere. What we don’t want is women that feel they need to bare it all while feeding their baby. They will be asked to cover themselves up,” Pratt wrote in his original post.

“There is already one topless bar in town and council won’t approve another.”

After this comment caused even more indignation from the online community, Pratt said he read up on the BC Human Rights commission policy on breastfeeding and realized McNally was in her right.

“At no time have we ever stopped a mom from breast feeding, but I was not aware that we were not allowed to ask her to cover her breasts up either,” Pratt wrote Friday.

“I have learned from this incident and hopefully other businesses can learn as well. We have never had a need for a policy on breast feeding but we have now implemented one. I apologize to Brianne McNally and her family for any discomfort this may have caused them. It certainly was not our intention.”

Several mothers have planned a protest Saturday at the Frogstone Grill.