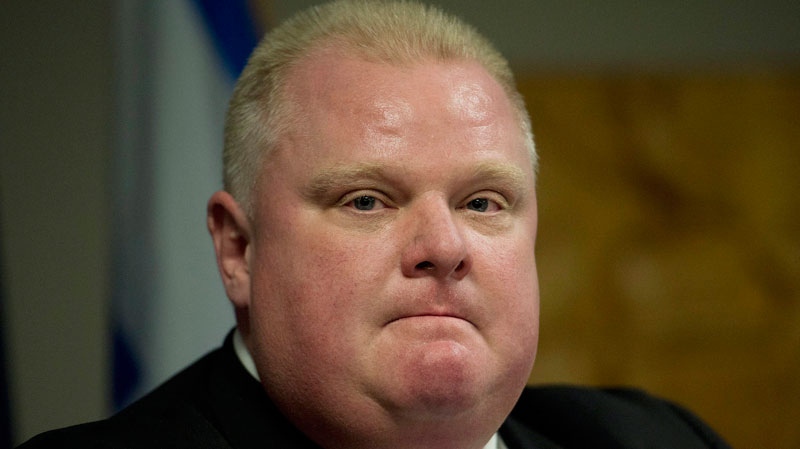 Toronto Mayor Rob Ford addresses media at City Hall in Toronto, Tuesday, Nov.5, 2013. Ford has offered another emotional apology for his "mistakes" but says he loves his job and has no plans to step aside. (THE CANADIAN PRESS/Nathan Denette)

REGINA -- A Regina restaurant has turned Toronto Mayor Rob Ford's woes into the special of the day.

Owner Perry Mekris says he likes to serve up a few laughs along with his food.

He says his customers come in and talk about the day's events, and Ford has clearly been the hot topic of late.

He says the burger has been a strong seller.

Mekris says the saga of Toronto's embattled mayor -- who has admitted smoking crack cocaine and been caught on video drunkenly threatening to kill someone -- has not done Canada's largest city any favours.

"Really, they're a laughing stock right now around the whole world," he says. "My dad was in Greece, and he even heard in Greece about Rob Ford."