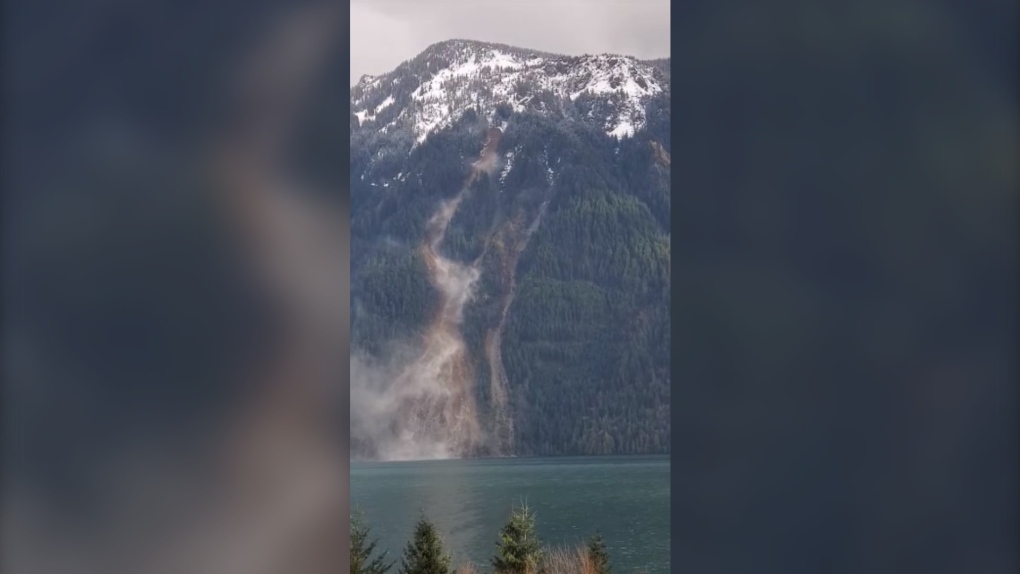 VANCOUVER -- A multi-day landslide on Harrison Lake has residents in awe.

The slide brought trees, rocks and mud splashing down into the east side of Harrison Lake, which is located just north of Agassiz, B.C.

“It was going on for two days,” said Tery Kozma, a resident who saw and heard the slide from the balcony of a home across the water from the action.

A portion of the landslide from Wednesday was filmed and posted to social media where it took off. The video shows debris sliding down the side of a mountain and water splashing on the lake below as the debris hits the surface. The audio on the video includes a person cursing in amazement.

The video was filmed on Wednesday morning, at 10:30 a.m. said Kozma.

“We were hearing the slide in the previous two evenings at night,” he said.

“It was more rock than it was any trees,” he said.

There are no records of injuries from the slide, and Kozma said there are no roads near where the slide happened.