Report of shots fired near Guildford Town Centre in Surrey 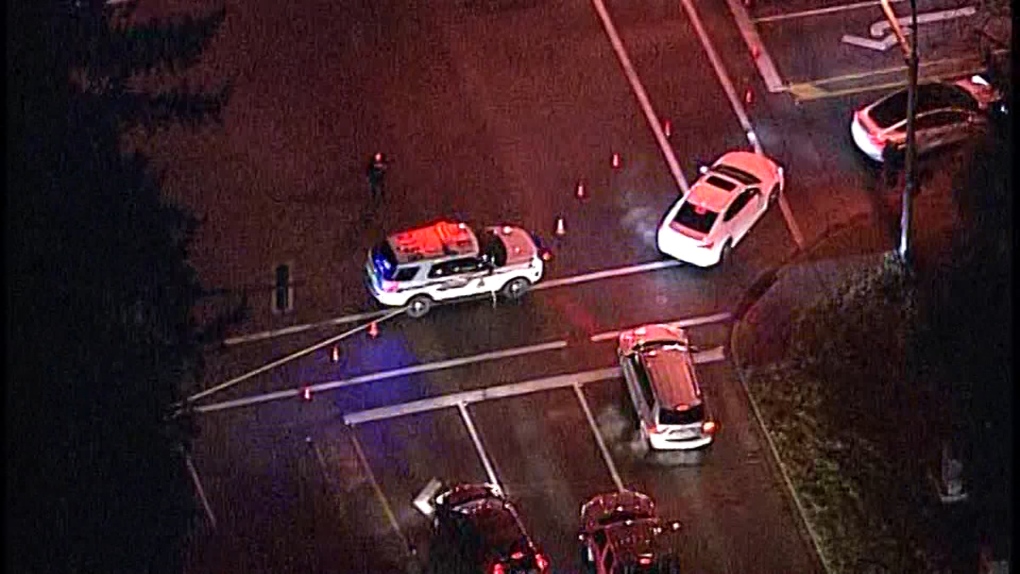 VANCOUVER -- A report of shots fired near Guildford Town Centre in Surrey triggered a large police presence near the mall on Thursday evening.

Mounties closed 96 Avenue between Green Timbers Way and 150th Street as they conducted their investigation.

Surrey RCMP told CTV News that witnesses called police around 5:30 p.m. to say one car was chasing another, and it appeared that the two cars may have been exchanging gunfire. The cars – a white Ford Expedition-type and a white Lexus or Infinity-type vehicle – were last seen heading north on 148th Street, Mounties said.

Several police vehicles could be seen with their lights on in the mall parking lot.

Mounties said there had been no reports of any injuries and both cars left the scene, but several shell casings were found in the area.

Anyone with information or dash cam footage is asked to contact Surrey RCMP at 604-599-0502. Tips can also be sent in anonymously through Crime Stoppers.