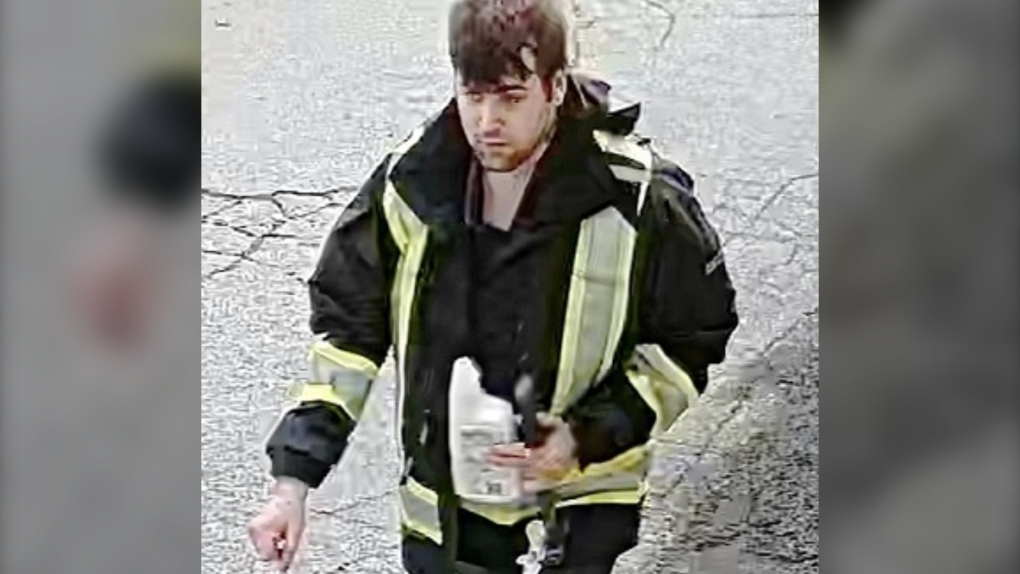 Burnaby RCMP are looking for a man they believe is a suspect in an attempted arson. (RCMP handout)

VANCOUVER -- Mounties in Burnaby are looking for a man they say tried to set a home on fire.

The incident happened on April 1 at a home on Manor Street between Wayburne Drive and Royal Oak Avenue.

At about 3 p.m. that day, police say, the man allegedly poured a liquid on the house and tried to ignite it with a lighter.

Burnaby RCMP say the suspect is white, medium build and has short brown wavy hair and a brown beard. At the time, he was wearing a black jacket with yellow safety stripes, black pants and red running shoes.

Police say he may have a connection to a black BMW, but the year isn't known.

"The suspect has what appears to be a heart tattoo on his right hand and a possible sleeve tattoo starting on his left hand," Cpl. Mike Kalanj said in a news release.

"We are confident that someone out there knows who this man is and we are asking for those people to come forward and speak with us."

Anyone who can identify the suspect or has information about the incident is asked to contact Burnaby RCMP at 604-646-9999. Anonymous tips can also be sent through Crime Stoppers.