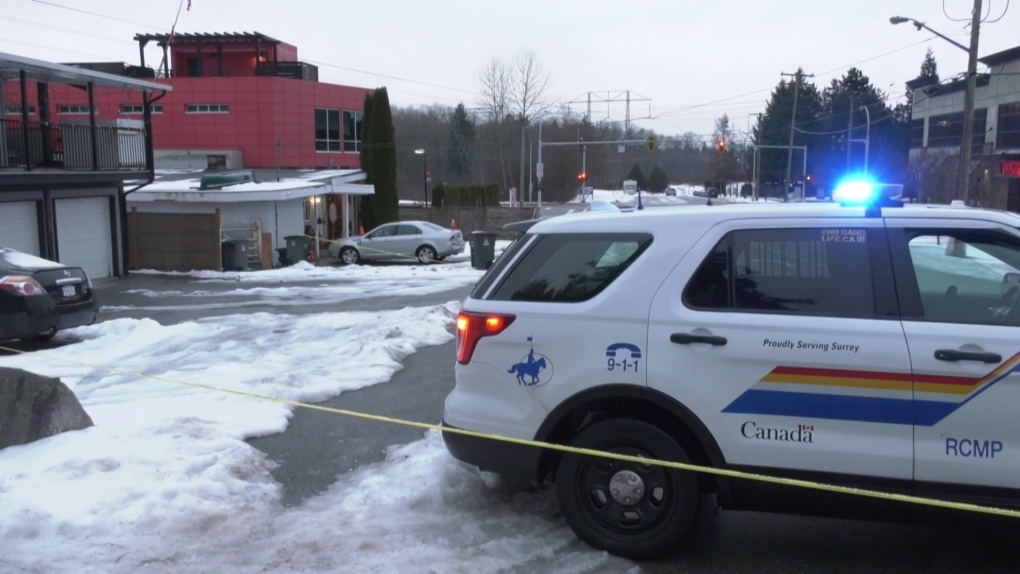 Police say a series of shootings reported recently in B.C.'s Lower Mainland are not believed to be tied to the ongoing gang conflict.

At least one of four people injured as a result of gun violence in Surrey, Langley and Coquitlam was an "innocent bystander," officials said. Others recently injured have been known to police, and one person died in a shooting that officers believe was targeted.

There was also a stabbing in Langley earlier this month, during which an 18-year-old was killed.

While some may assume the increase in violence is tied to gang activity, police said at a news conference Thursday that this has not been the case recently.

"Unfortunately, what we are experiencing now is an evolution in that we are seeing street-level criminals in what looks like interpersonal conflicts creating violence on our streets," said Ghalib Bhayani, chief superintendent and operations officer for the Lower Mainland District RCMP.

Bhayani said he was speaking on behalf of the 13 RCMP detachments and five integrated teams that deliver specialized and front-line policing in the region.

The news conference was meant to assure the public that work is being done to reduce gun violence in the Lower Mainland, work that includes the expansion of anti-gang enforcement teams.

According to Bhayani, the work from these teams, as well as increased patrols and shared intelligence, has resulted in a reduction of violent acts from what was being seen earlier in 2021.

Superintendent Duncan Pound of the Combined Forces Special Enforcement Unit of B.C. also spoke at the news conference, and offered some context around the recent shootings.

"Early indications are that in the three most recent shootings in Langley, Coquitlam and Surrey where one person lost their life and innocent bystanders were injured all initially appear connected to street-level drug trafficking," he said.

"They do not, at this time, appear to have any direct links to the Lower Mainland Gang Conflict and do not appear to be connected to each other. That, however, doesn’t discount the seriousness of the incidents, as gun violence is completely unacceptable."

And, Pound said, violence such as the region is seeing now can draw in groups and individuals with gang connections, so there are co-ordinated efforts underway to ensure that the violence doesn't escalate further, or spread.

The local division of Crime Stoppers says more than 400 tips related to illegal guns were reported last year, leading to 32 weapons seizures in the area.

Monkeypox in Canada: Act now to stop it, expert urges, before it's too late

With 26 cases of monkeypox now confirmed in Canada, health officials warn that number will likely grow in the coming days and weeks. However, one expert says the outbreak can be stopped if the country works quickly to get it under control.

Canada's highest court has ruled that Alexandre Bissonnette, who murdered six people at the Quebec City mosque in 2017, will be eligible for parole after 25 years.

The gunman who slaughtered 19 children and two teachers inside a Texas elementary school was in the building for more than an hour before he was killed by law enforcement officers, authorities say.

Johnny Depp's lawyers ask jury to give actor 'his life back'

Johnny Depp's lawyers asked a jury Friday 'to give Mr. Depp his life back' by finding that his ex-wife, Amber Heard, committed libel.

Ancient volcanoes may have created a rare resource for lunar explorers

Ancient volcanic eruptions on the moon could provide an unexpected resource for future lunar explorers: water.

The National Rifle Association begins its annual convention in Houston on Friday, and leaders of the powerful gun-rights lobbying group are gearing up to "reflect on" -- and deflect any blame for -- the deadly shooting earlier this week of 19 children and two teachers at an elementary school in Uvalde, Texas.