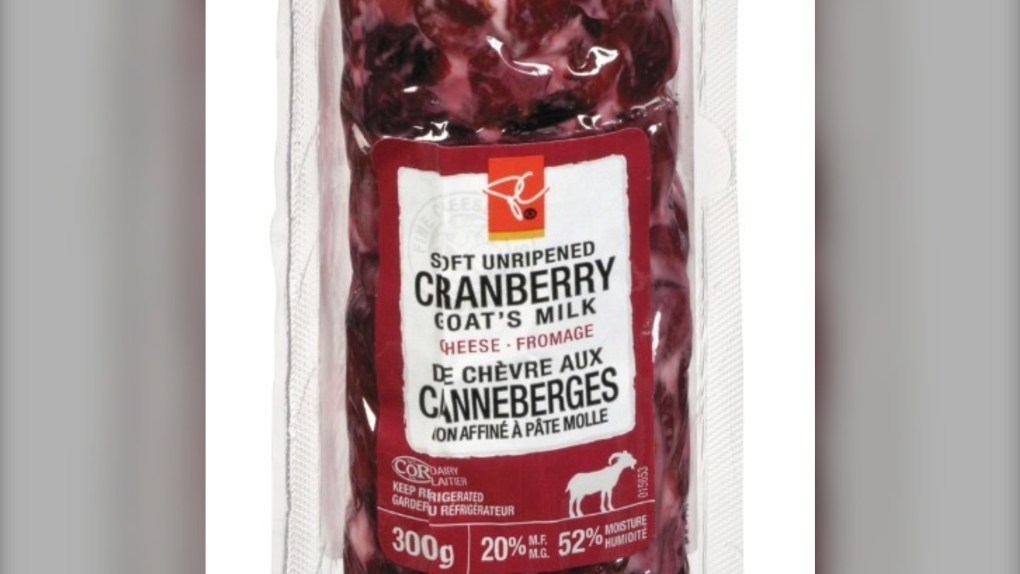 VANCOUVER -- The company responsible for President's Choice brand products is recalling some 300-gram logs of goat cheese "due to a risk that they may contain foreign material," according to a release issued Wednesday.

Loblaw Companies Limited, which distributes the product, said it was recalling the PC Cranberry Goat's Milk Cheese "out of an abundance of caution."

The cheese is distributed nationwide, but in Western Canada - including B.C. - it was sold at Extra Foods, Real Canadian Superstore, Wholesale Club, No Frills and Independent brand grocery stores, as well as independent stores affiliated with Loblaw.

All affected units of the product have been removed from store shelves, according to the company. Anyone who purchased the cheese can return it to the place where it was purchased for a full refund, the company said.

Loblaw did not provide any additional detail on the type of "foreign material" the cheese may have contained, but a recall notice posted to the Canadian Food Inspection Agency website describes the material as "plastic pieces."

The CFIA says there have been no reported injuries associated with the consumption of the product, though it warns that the public "should not consume the recalled product."

"We sincerely apologize for any inconvenience this recall may have caused," the company said in its release. "The safety of customers is our top concern."