Recall expanded after some get sick from E. coli-contaminated kimchi sold in B.C.

Recall expanded after some get sick from E. coli-contaminated kimchi sold in B.C. 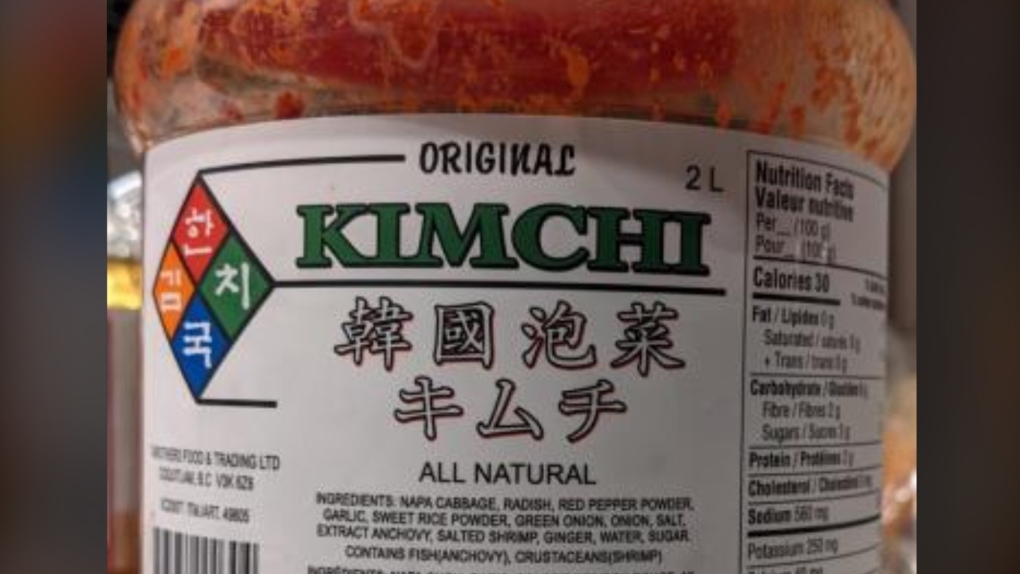 The label of Hankook-brand Original Kimchi is seen in a photo from CFIA.

A recall has been expanded after some people fell ill from eating contaminated kimchi sold in British Columbia.

The Canadian Food Inspection Agency began an investigation into the brand Hankook (written in Korean characters only) after an undisclosed number of people reported illness.

During its investigation it was determined that the brand's Original Kimchi may be contaminated with E. coli.

Initially, the CFIA announced a recall of the 1670-gram packages with the best-before date of Jan. 29. Over the weekend, the recall was expanded to include products best before Jan. 23 as well.

The products are being recalled by T-Brothers Food and Trading Ltd., and were sold in Alberta, Saskatchewan and Manitoba in addition to B.C.

The investigation is still underway, so there may be other recall notices issued, CFIA said.

The food recall warning advises anyone who has the product to throw it out or return it to where it was purchased. Consumers will not necessarily be able to tell by look or smell whether their kimchi is contaminated, but they'll know if they get sick.

In extreme cases, however, those who've eaten a product contaminated with E. coli may have seizures or strokes, need a blood transfusion and kidney dialysis, or live with permanent kidney damage. Some cases have been fatal.

Anyone who thinks they've been sick from consuming a recalled product such as this is asked to report it to their doctor.

The conviction of Aydin Coban for the “sextortion” of British Columbia teenager Amanda Todd has prompted calls from lawyers and advocates for more regulation, resources and education in Canada to protect future victims.