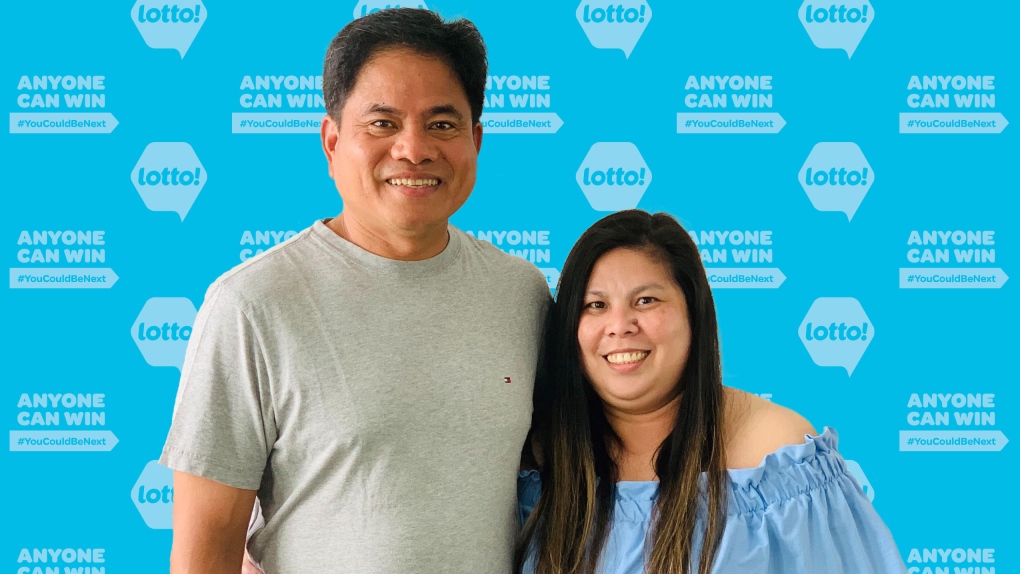 VANCOUVER -- Despite the old saying, lightning does sometimes strike twice.

Just ask Leizl Panganiban and Edgar Ebreo, the B.C. couple who beat incredible odds to win two lottery prizes in less than a year, netting them about $1.18 million in total.

The Coquitlam residents won their first prize by matching all four Extra numbers in the Sept. 26 Lotto 6/49 draw, for a whopping $500,000 payout. More recently, they took home $675,000 playing a Set for Life scratch ticket.

"We feel really blessed and thankful to be winners," Panganiban told the B.C. Lottery Corporation.

Ebreo purchased the winning Set for Life ticket from the 7-Eleven on Coast Meridian Road in Port Coquitlam, and Panganiban scratched it back at home. After uncovering three "CASH 25 YEARS" symbols, she showed the ticket to her husband.

The couple told the BCLC they're planning to use their winnings to pay off their mortgage and eventually take a trip to Hawaii, their daughter's favourite vacation destination. They are also going to throw a family celebration – once it's COVID-safe to do so.