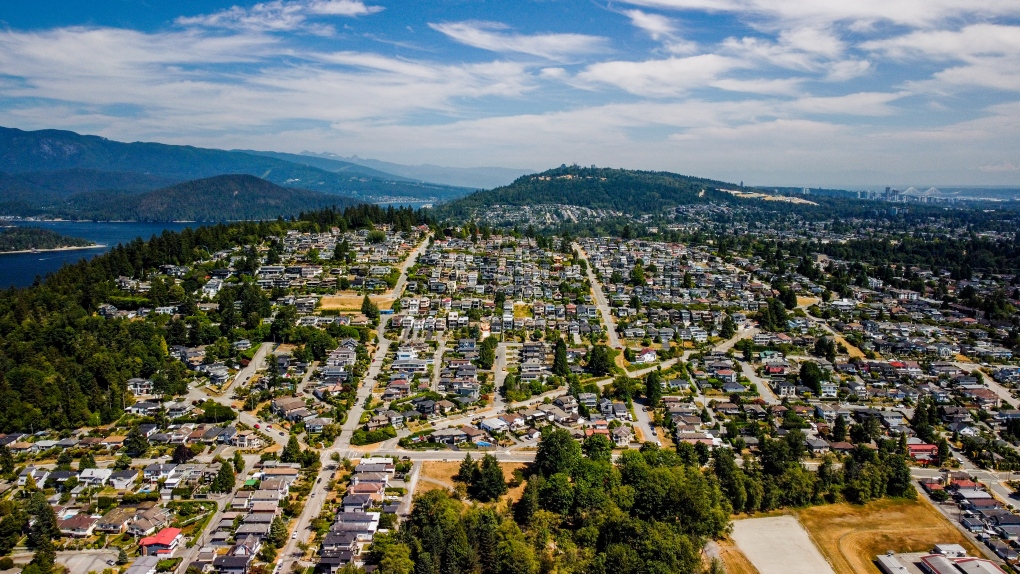 The Capitol Hill area of Burnaby, B.C., is seen from the air by drone in July 2021. (Jordan Jiang / CTV News Vancouver)
VANCOUVER -

A real estate group says there's one thing the province can do to improve housing affordability in B.C.: offer incentives.

The B.C. Real Estate Association said more incentives are needed as the province grapples with low supply, a major factor in sky-high pricing.

The association said increasing housing supply is one of the keys to making homes more affordable, and it's advocating for measures that would speed up development approvals.

The provincial government recently proposed legislature changes that include the removal of requirements for local governments to hold some public hearings.

If approved, hearings for proposals that already align with official community plans would not be needed.

"We have seen throughout the pandemic that housing for British Columbians is at a premium, both in terms of options and cost," BCREA CEO Darlene Hyde said in a news release Wednesday. "The most obvious and impactful measure that can be taken to address this is increasing supply. So, we are encouraged to see that the government is making this a priority."

The BCREA said the option to speed up development approvals by skipping the hearings could encourage developers to focus on plans already in place for specific neighbourhoods – many of which do, or could, focus on creating middle-income and higher-density housing.