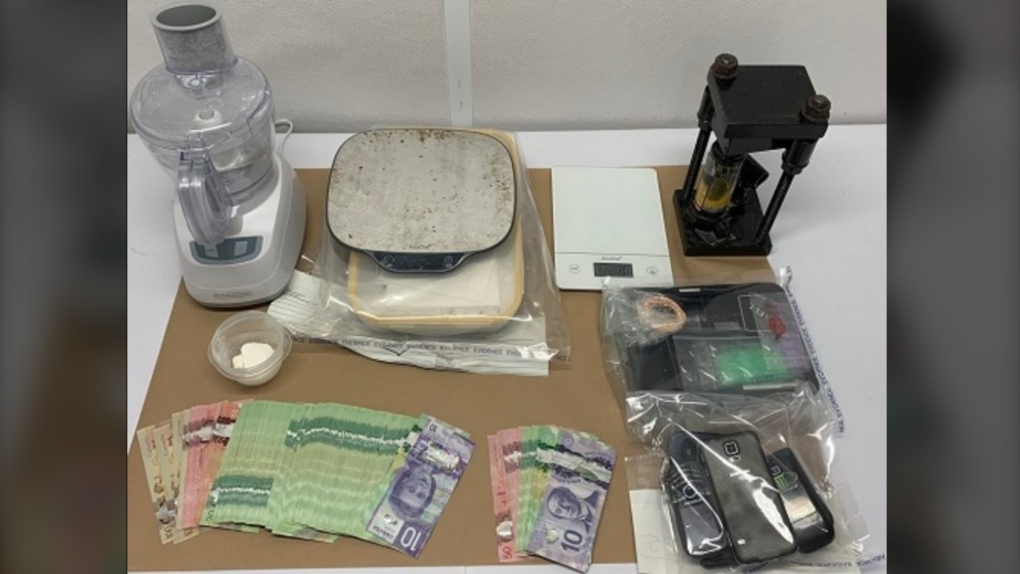 Chilliwack RCMP released a photo of drug paraphernalia alleged to have been found during a search of a home on Cowichan Street on July 30, 2020.

VANCOUVER -- Chilliwack RCMP allege they found a variety of drug-related items and cash while conducting a search of a home.

The city’s specialized drug crime reduction unit sought a search warrant for a home on Cowichan Street, between Sapper's Way and Tamihi Way, and arrested two people and seized items during a search on July 30.

“Officers seized a quantity of drug believed to be cocaine, a hydraulic press, paraphernalia consistent with trafficking illegal drugs, and cash during the search,” said the unit’s statement.

RCMP say the items are consistent with trafficking illegal drugs.

A photo of the items allegedly seized includes a food processor, a bag of cell phones, wads of $20, $50 and $100 bills, a kitchen food scale and more.

The two people were later released, and RCMP say they will make a report including “all circumstances of the investigation” and send it to government prosecutors for possible charges.