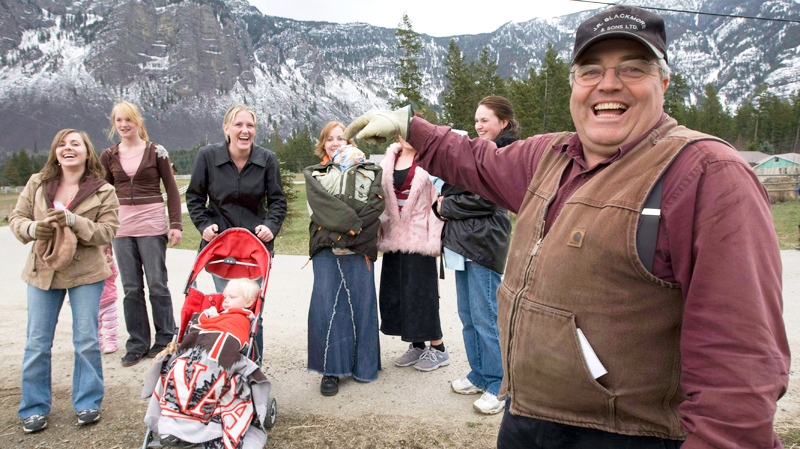 Shocking allegations that eight underage girls from Bountiful, B.C. -- including two who were just 12 years old -- were taken south of the border and married to American polygamists have prompted a renewed criminal investigation by the RCMP.

The marriages are outlined in documents from authorities in Texas, where a polygamous compound was raided in 2008.

The records, which surfaced this week in a B.C. court case examining this country's anti-polygamy law, detail marriages involving girls aged 12 to 18 between 2004 and 2006.

Three of the girls -- two 12-year-olds and a 13-year-old -- were allegedly married to jailed polygamous leader Warren Jeffs, who faces trial in Texas on child sex assault and bigamy charges.

Six others were married to other American men, while a ninth, a 16-year-old American girl, was married to a man from Bountiful in 2004 and subsequently moved to Canada, where she gave birth to her first child at 17.

Cpl. Annie Linteau of the RCMP confirmed Friday that the province's attorney general alerted the Mounties about the new evidence last week.

"We initiated an investigation, and that's ongoing," said Linteau.

Linteau said she couldn't reveal any further details, such as what potential charges the Mounties could eventually consider.

The RCMP have investigated Bountiful several times during the past two decades, looking into allegations of polygamy, sexual abuse and human trafficking, but those investigations have never led to criminal trials or convictions.

The community's two leaders, Winston Blackmore and James Oler, were each charged in 2009 with practising polygamy, but those charges were thrown out of court on technical grounds.

That prompted the provincial government to ask the B.C. Supreme Court whether Canada's prohibition on multiple marriage is constitutional. The hearings wrapped up earlier this month, with closing arguments scheduled for late next month, but the B.C. government was in court Friday asking for the new evidence to be admitted.

The records stem from the sensational 2008 raid on the Yearning for Zion ranch, a polygamous compound run by the Fundamentalist Church of Jesus Christ of Latter Day Saints, or FLDS, near Eldorado. Residents of Bountiful are also followers of the FLDS, which, unlike the mainstream Mormon church, still practises polygamy.

The marriages at issue began in 2004, when the documents allege four girls were married in Colorado City, Ariz. They included a 13-year-old girl from Bountiful, who was married to 48-year-old Jeffs "for time and all eternity."

Two 17-year-old girls from Bountiful were also married the same day to other men. They were "personally delivered" by Bountiful bishop James Oler, the B.C. government alleges in its court submissions. Jeffs presided over the marriage ceremonies.

Also on that day, the 16-year-old girl from the United States was married to a man from Bountiful. The B.C. government documents allege Oler was present at the ceremony.

The following year, two 12-year-old girls from Bountiful were married to Jeffs in Texas, according to the documents. They were each taken to the Colorado City area by their parents, and then transported to Texas by the FLDS.

"This is the first hard evidence, at least with respect to Bountiful girls, of marriages as young as 12," B.C. government lawyer Craig Jones told the court.

"It provides evidence of the commodification of and trafficking in girls that was predicting as a consequence of polygamy (by expert witnesses)."

Jones explained that his office only received the documents from Texas earlier this month, and asked Chief Justice Robert Bauman to allow them to be entered into the record.

Bauman said the documents can be tendered with the court, and he'll decide later whether they can be formally admitted.

The documents from Texas will remain sealed, even if they are admitted as evidence, because they relate to ongoing prosecutions and secret grand jury proceedings in the U.S.

During the 2008 raid, Texas authorities seized more than 400 children, most of whom were eventually returned to their families. Seven men were convicted of child sexual assault and abuse.