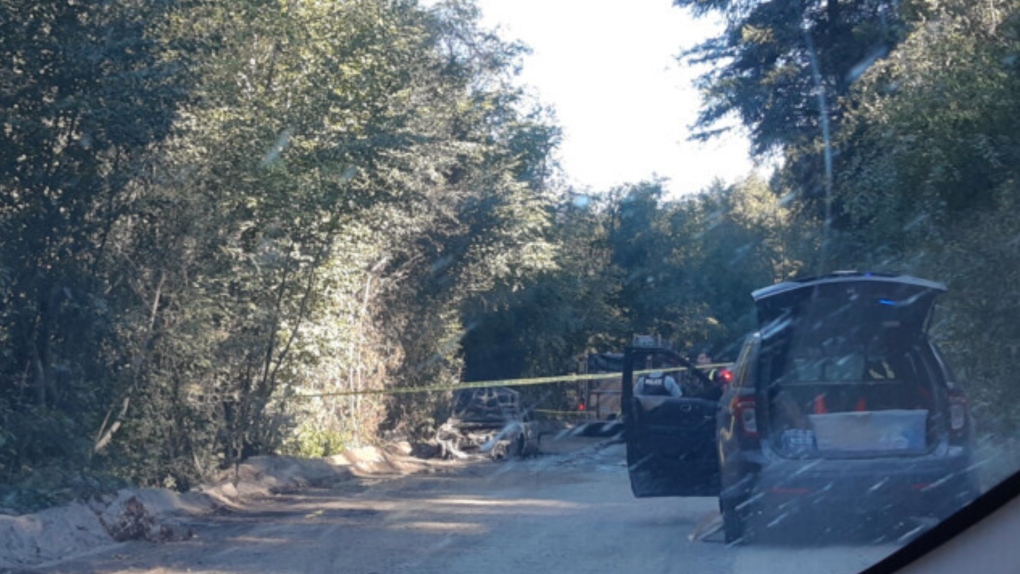 Two bodies have been found inside a burning vehicle outside Summerland, B.C. (Castanet.net)

Two bodies have been found inside a burning vehicle outside Summerland, B.C.

Summerland RCMP were called to the scene on Garnet Valley Road Saturday morning, after the Summerland Fire Department discovered the bodies once they had extinguished the vehicle fire.

The Southeast District Major Crime Unit has taken over the investigation.

The SED MCU is working with Summerland Detachment, Penticton Regional Detachment and the BC Coroner's service to determine what led to the deaths.

No details have been released about the victims or the vehicle.

Police are asking anyone with dash cam recordings, or who may have noticed any suspicious activity in the Garnet Valley Road area early Saturday morning to please contact them.

This report by The Canadian Press was first published Aug. 6, 2022.

Did vaccines make a difference? Study looks at rates of severe illness from COVID-19

A study of 1.6 million U.S. patients has found that COVID-19 vaccines and boosters lead to low rates of severe illness and death.

The Toronto Blue Jays take on the Seattle Mariners Friday in Game 1 of the AL wild-card series at Rogers Centre this weekend. CTVNewsToronto.ca will have live updates throughout the game.

Nike has suspended its partnership with and paused support for Hockey Canada as the sports organization faces increasing pressure to handle alleged sexual assaults.

Health Canada says some manufacturers of kids' pain and fever medications are now operating "at double or triple their normal volumes" in an effort to address a months-long shortage.