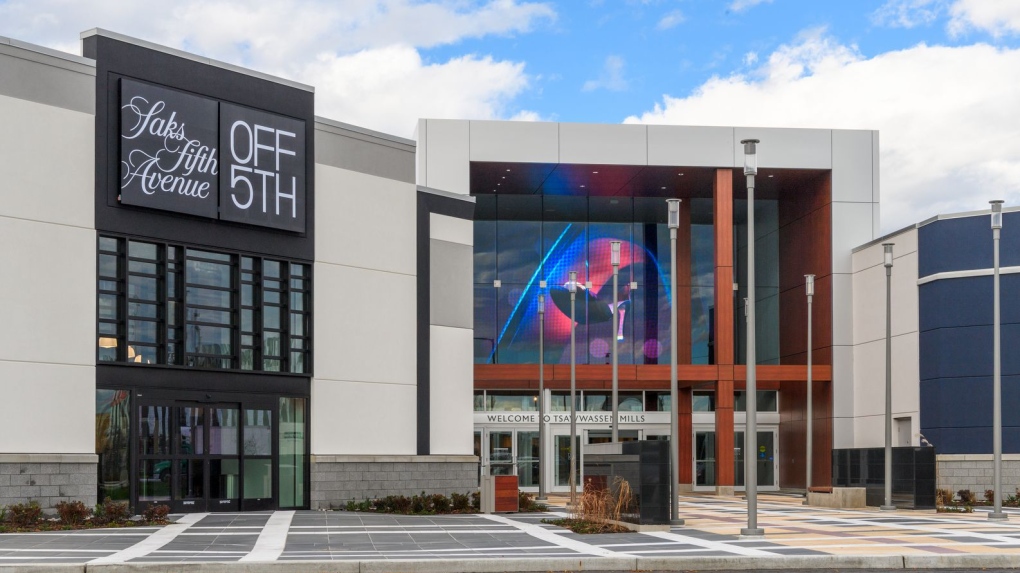 Tsawwassen Mills is seen in an image from the mall's website.

A Metro Vancouver mall on First Nations land has a new owner, a commercial real estate and retail investment company with assets in Southeast Asia.

Central Walk announced the purchase of Tsawwassen Mills earlier this month, writing in an announcement, "The following news may be rather unexpected."

The company describes itself as specializing in the acquisition, development and operation of commercial real estate, and says that, "with assets already distributed in major cities in Southeast Asia," it's now focusing on retail investments in Canada.

Last fall, the company took over the Mayfair Shopping Centre on Vancouver Island.

In a news release, Central Walk said the acquisition of Tsawwassen Mills "consolidates the company's place as a Canadian real estate power."

In a memo about the sale, Central Walk said it was "pleased and humbled" to announce the acquisition of the mall from Quebec-based Ivanhoé Cambridge.

The Tsawwassen First Nation remains the landlord of the property, and it does not appear that there are major plans to change the mall at the moment.

Central Walk said its short-term plan includes marketing of "unique and exciting events," as well as a "prominent entertainment presence," but it did not provide specific details.

Long-term, however, there's a vague suggestion that things may change.

"Retail will always be a core part of commercial real estate, but it demands innovation and progressive change at the end of every cycle," Central Walk said.

"Retail faces the need for an imminent departure from shopping as a singular function, and instead becoming multi-function community hubs where people from all walks of life can find inclusion, representation, and engagement."

While not addressed in the statement about the purchase, the mall has made headlines in its first year of opening.

In 2016, there was controversy surrounding a white sturgeon that lived in an aquarium in the megamall, which was new at the time.

A short time after calls to remove the giant fish, it was euthanized.

Earlier that same year, shoppers were forced to endure hours of traffic in the parking lot and surrounding area. Officials estimated 50,000 shoppers visited the centre on opening weekend, and it was so busy that some were stuck in their vehicles for up to four hours.