Puppy who suffered drug overdose has been adopted and is thriving, says SPCA 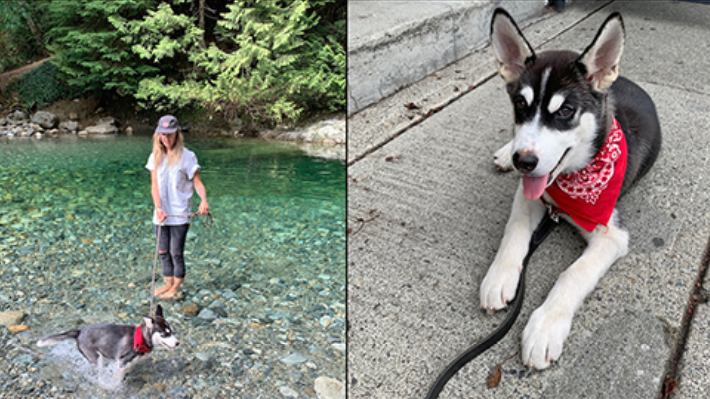 A puppy who suffered a cannabis overdose earlier this year has been adopted and is thriving with his new family. (SPCA)

VANCOUVER -- The Vancouver SPCA says a puppy who suffered a drug overdose earlier this year has been adopted and is thriving with his new family.

Bear was surrendered to the SPCA as an 11-week-old Husky puppy in July, but staff realized he wasn't behaving normally. Workers rushed him to a veterinarian, but by the time they got him to the animal clinic, the dog was unconscious.

A veterinarian found that Bear had high levels of THC in his body, and it took medical treatment and several days for Bear to recover from "toxic levels" of cannabis.

With recreational marijuana now legal and becoming more common in Canadian homes, the incident prompted the SPCA to issue a warning to dog owners to keep marijuana away from their pets.

“If you suspect your pet has ingested drugs take them to see a vet immediately and be honest about what happened to them,” Jodi Dunlop, the branch manager of SPCA Vancouver, said in a statement published on July 29.

“Some people may be reluctant to be upfront about what happened, but vets need to act quickly – it could be a matter of life and death for their pet.

Bear now has a new name, Banjo. The SPCA says the playful Husky is now growing quickly and "loves learning new commands and tricks," as well as being outdoors and swimming in the ocean.