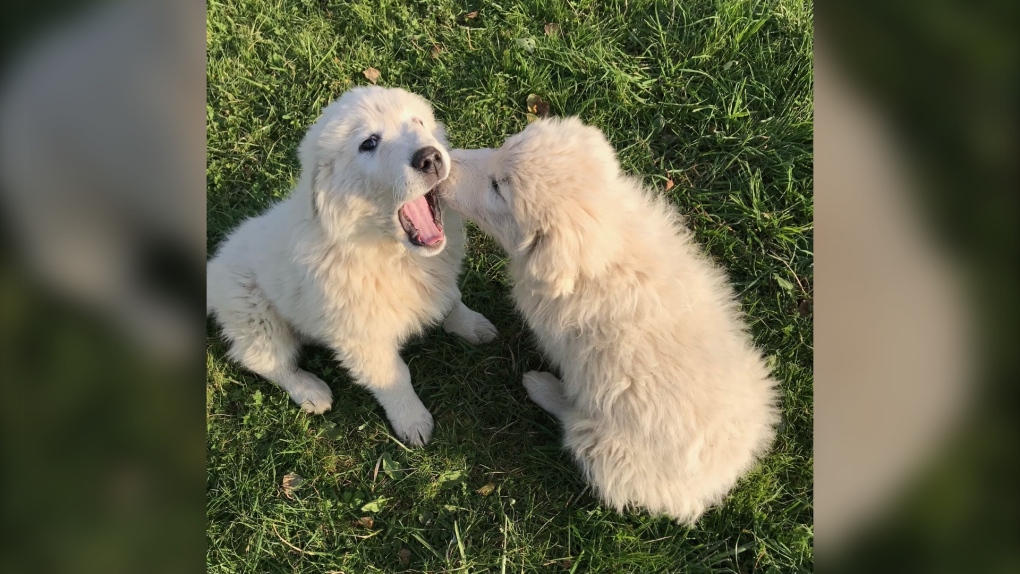 Owner of a Langley farm is hoping whoever stole two puppies in the middle of the night will bring them back.

VANCOUVER -- Two puppies stolen from a Langley farm have now been returned after the owner took to social media to ask for help.

Sandy Vo posted on Facebook Tuesday afternoon to say the animals were now home safe. In a post, said that whoever took the dogs "dumped the puppies 30 min away from our farm, because with all of kind people like you posted and share my post, no way they can keep the puppies."

Earlier in the day, Vo told CTV News that she went to feed her animals around 9 a.m. and couldn’t find the two puppies, or one of her baby goats. She then noticed her gate was open.

“I thought they went outside but usually they don’t like the rain so that just gave me the feeling that something was wrong,” Vo said.

The puppies are just three months old and Vo describes them as "livestock guarding dogs." She says they are very hard to find and are expensive.

“They’re only puppies,” she said. “They come to everybody so it’s so easy to take them away.”

A few hours later, the baby goat was returned. A woman called Vo to say she found the animal on the street and it was brought back to the farm.

“I live on a farm, I never thought something like that would happen,” Vo said.

Police are investigating the apparent thefts.