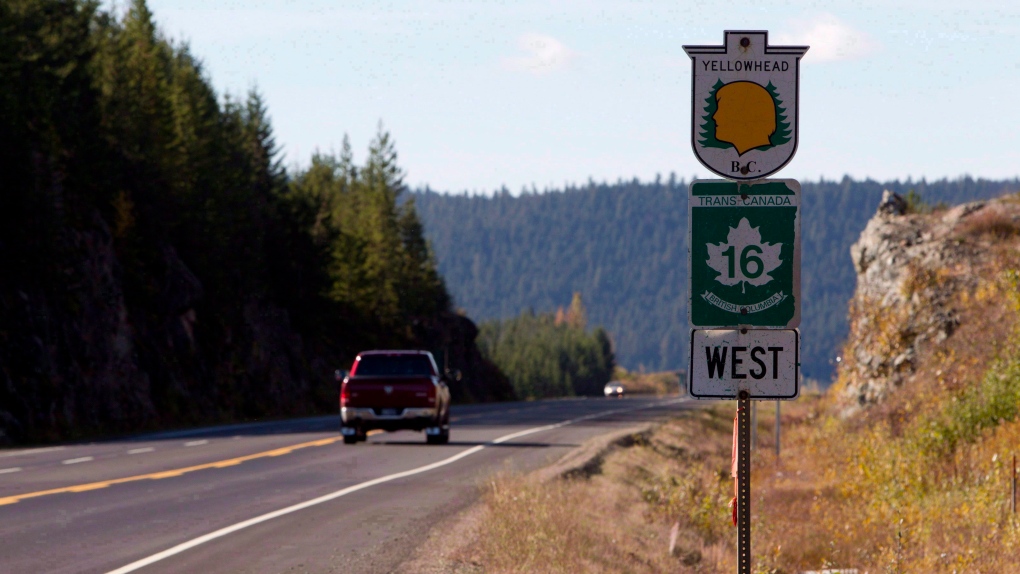 The federal and provincial governments and Rogers Communications will spend nearly 12-million dollars to add cell towers to cover the stretch between Smithers and Rupert.

VANCOUVER -- The federal and British Columbia governments say seamless cellular coverage will be provided along the Highway of Tears by October 2022.

Seventy per cent of Highway 16 already has some coverage, but Lisa Beare, B.C.'s minister of citizens' services, says the $11.7-million project will bring cell service to the remaining 252 kilometres between Smithers and Prince Rupert.

The project is set to begin this spring and will add 12 cell towers as well as improve connectivity at three rest stops, with the province and Ottawa each contributing just over $2 million and Rogers Communications picking up the remainder of the bill.

Highway 16 between Prince George and Prince Rupert became known as the Highway of Tears more than two decades ago, a reference to the many Indigenous women who have gone missing or been murdered along the route since the 1970s.

In a separate announcement, the B.C. government says nearly $5 million in cell service upgrades is coming to Highway 14 on Vancouver Island between Sooke and Port Renfrew, with work expected to be complete by late October.

She told an online news conference it is the first universal broadband cell project being funded that will “primarily benefit Indigenous communities, but it will not be the last.”

“Knowing that people will be able to travel Highway 16 without worrying about gaps in coverage is exactly the kind of result we want to see on every community highway and in every rural and Indigenous community,” Beare said.

The Highway of Tears Symposium Report made 33 recommendations in 2006, including solving the problem of cellular gaps between the handful of communities along the 725-kilometre corridor.

RCMP files link a total of 18 murders or disappearances to the region, but Carrier Sekani Family Services in Prince George says on its website that the number likely exceeds 40.

This report by The Canadian Press was first published April 7, 2021.