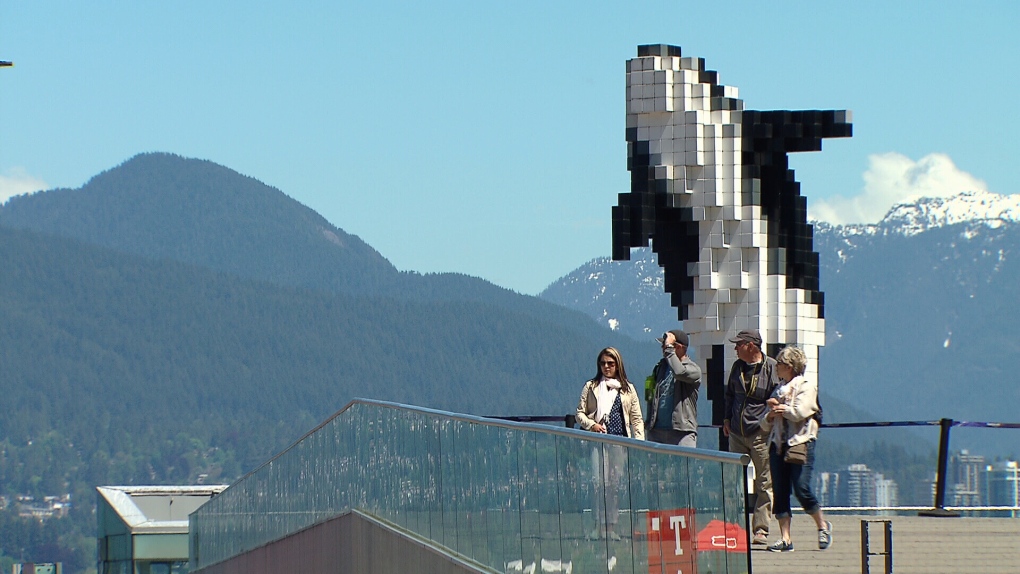 VANCOUVER -- Responding to recommendations from an industry-led task force, the provincial government has promised tourism operators access to a $105 million pool of grant money, with $5 million going directly to Indigenous Tourism BC to be dispersed to Indigenous businesses.

"This dedicated relief funding for the tourism sector will help people get through these next few months so we can welcome visitors back to our beautiful province once it's safe to do so,” said Tourism Minister Melanie Mark, who has been in the role for less than a month.

The funding was one of seven recommendations from the Tourism Task Force chaired by Tamara Vrooman, CEO of the Vancouver Airport Authority.

During a news conference Tuesday, Mark said the provincial government is prepared to act on the first three recommendations immediately.

“Certainly, we’re very pleased that they took the first three of our recommendations, and certainly we did put them in order in terms of urgency,” said Vrooman in a telephone interview with CTV News. “We worked really hard as a task force to deliver our report early, because we can see that the tourism sector was going to be particularly hard hit.”

Eligible businesses can apply online for up to $45,000 through B.C.’s Small and Medium Sized Business Recovery Grant. The amount is $15,000 more than is available to businesses outside the tourism sector.

The total pool of cash being offered falls well short of the $680 million bailout the Tourism Association of BC has been pushing for since mid-summer but is in line with the recommendations from the task force.

The Indigenous tourism relief grant program is not expected to be up and running until early in the New Year but some operators are already looking forward to the much-needed short term relief.

"We are all struggling, like almost all small businesses are right now, and this grant might make the difference to many of us whether or not we make it through this pandemic," said Mike Willie, owner and operator of Port McNeil-based Sea Wolf Adventures, which offers guided boat tours with a focus on wildlife and Indigenous culture.

Mark did not rule out implementing some or all of the remaining four recommendations from the task force, saying Tuesday’s announcement covers what the province is able to implement right away.

The other recommendations include a push for a re-evaluation of the mandatory 14-day quarantine period for travellers coming from other jurisdictions, in conjunction with a more risk-based approach involving rapid-testing and so-called “healthy travel corridors” within defined bubbles.

“These targeted approaches to travel restrictions and risk assessment could allow for the safe movement of people domestically and internationally and restore confidence and social license,” the report said.

Another recommendation, which the province chose not to immediately implement, called for deferring or relieving certain fixed costs such as property taxes, utility bills and Crown fees such as park use permits and commercial water fees.

"There’s more to do. There’s no doubt about it,” Vrooman said. “We think we’ve put some very concrete recommendations in front of the government that we hope they look at very, very early in the new year.”