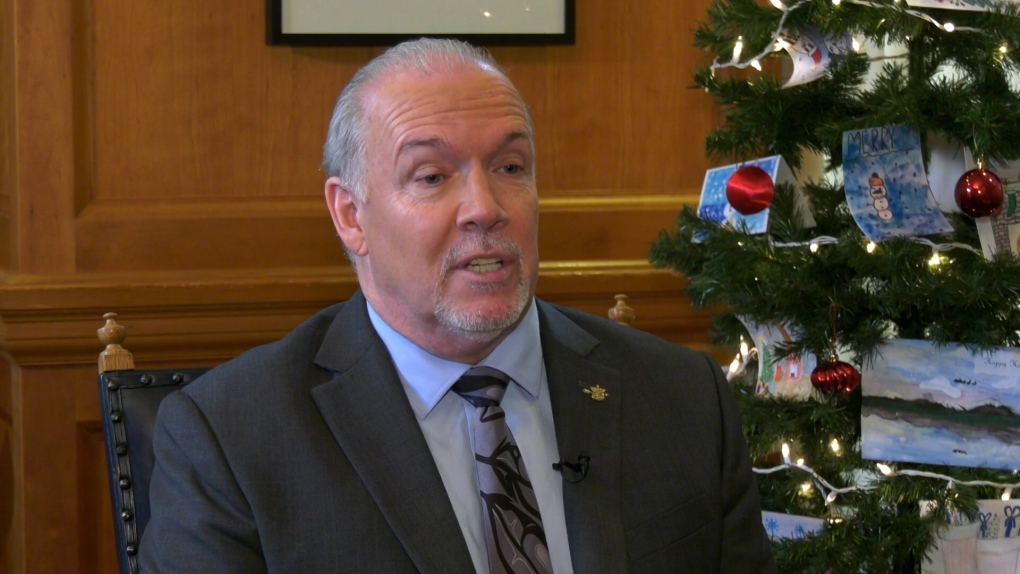 As B.C.'s premier admits ICBC reforms have been deeply unpopular among "the driving public," the province is delaying the public auto insurer's annual rate application while it attempts to find more ways to reduce costs in the face of a court decision that went against it earlier this year.

The province has decided to delay the rate application, which determines whether the public insurer can raise or lower auto insurance rates, until February 2020.

Speaking to CTV News Vancouver in an end-of-the-year interview Thursday, Premier John Horgan said the financial problems at ICBC will continue to loom large for his government in 2020.

"We've brought a number of initiatives forward," he said. "They have not met the test for the driving public, so we've got more work to do, no question about it. That's what we're going to be focusing on in 2020."

Attorney General David Eby said in a statement Thursday that the rate application delay would allow the government "to do the necessary financial analysis of two sets of planned reforms currently underway to help reduce costs, and by extension, car insurance rates."

The first of those reforms, Eby said, is the province's response to the court decision, which struck down as unconstitutional a planned limit on the number of medical expert reports that can be used in auto insurance claims that go before judges.

The Attorney General did not elaborate on what changes the government was considering in response to the court's ruling, but added that the province is "working on additional reforms in the tort system that will help to reduce costs and have a positive impact on any required rate changes."

ICBC has lost more than $2 billion over the last two years, and the corporation's struggles have been a dark cloud looming over the provincial government's finances.

The proposed limit on medical expert reports was projected to save ICBC some $400 million in the current budget year. That savings is now gone, though Finance Minister Carole James struck an optimistic tone when providing an update on the province's finances late last month.

"We have $500 million in the forecast allowance," James said at the time. "We projected this court case could have an impact of $400 million, but ICBC is looking at options to be able to mitigate the court decision."

In his statement Thursday, Eby suggested that such options need more work before the province will be ready for ICBC to submit its rate application for the new year.

"We will not ask ICBC to put forward a 2020 rate application based on an incomplete financial picture," Eby said. "Instead, we will wait until that work is complete to ensure any rate changes are based on the actual costs anticipated in the year ahead."