B.C. property tax assessments will be going out in early January, but B.C. Assessment has released some early numbers to indicate what you can expect.

However, the story is different in other parts of the province with values up in many areas. Single detached home prices in Northern B.C. are up as much as 20 per cent with some falling about 5 per cent, depending on the specific location.

Vancouver Island has seen a range in values on single homes from down 10 per cent to a 15 percent increase.

Thompson Okanagan assessments on detached homes are in the range of down 5 per cent to up 10 per cent.

Values on single family homes in Kootenay Columbia remain unchanged, to rising as much as 15 per cent.

This year’s assessments are based on market values as of July of 2019 and there has been an uptick in sales activity in the Lower Mainland since then. So things could be very different by next year. 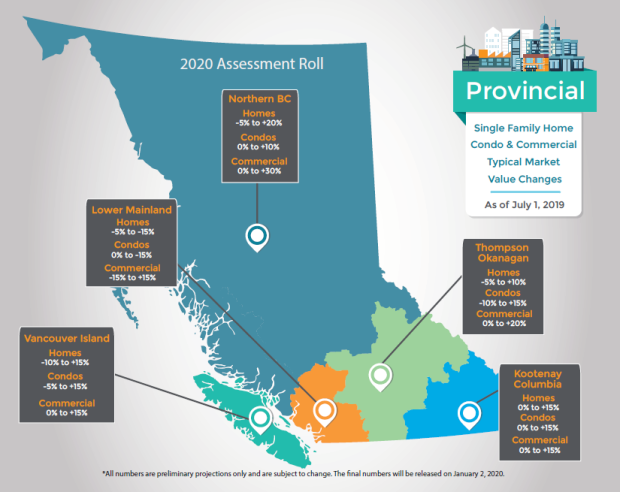