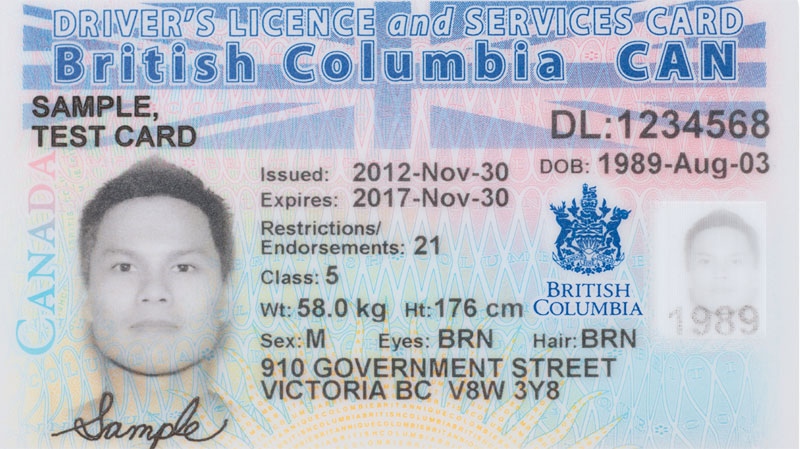 A sample of the new BC Services Card. Enrollment will begin in Mid-February. (Handout)

British Columbia is overhauling its CareCard system, and the card required by every resident in the province in order to obtain medical services is about to become even more powerful, amid concerns from privacy advocates.

A release from the health ministry says a $150-million program to replace CareCards and driver’s licences with the combined BC Services Card will begin on Feb. 15 and will continue over the next five years.

The new card will include a photograph, anti-forgery features, a five-year expiry date and other measures to ensure it remains a secure piece of identification.

The card will become mandatory in 2018, when current licences and CareCards will become obsolete, said Ministry of Health spokesperson Ryan Jabs.

CareCards were first introduced in 1989 and have been criticized for fraud-prone, outdated technology.

“We’re aware that there are, mostly anecdotally, some people passing their cards to relatives from another country.”

Because there is no security feature or photo ID on the existing cards, it is easier to use them fraudulently, Jabs said. “That’s part of the reason we felt we needed to make a secure card with more features and a photo.”

But some privacy advocates are criticizing the new card, saying the government has not been transparent enough in its move to a consolidated identification system.

The card is a disguised first step toward a national identification system, said Micheal Vonn, policy director for the BC Civil Liberties Association.

Vonn said the BCCLA has been using Freedom of Information Act requests to get more information about the planning and design of the card from the B.C. government, but their requests have been “stalled at every turn.”

The BCCLA has incurred thousands of dollars of fees for these requests as a result, she said.

“It is actually quite outrageous in terms of the obfuscation on this…If it’s the dream card, then why can’t we find out anything about it?” she said.

The BCCLA has more requests pending for information on the card, and a major research project is underway to determine its benefits and risks.

Jabs said driving records and health information will be kept separate and secure, citing B.C.’s Freedom of Information and Protection of Privacy Act.

Most residents will get their new card as they renew their licence, while non-drivers and children will also enroll at locations where driver's licences are issued.

While there are currently no plans to expand the services provided by the card, the card may be used to access government programs down the road, Jabs said.