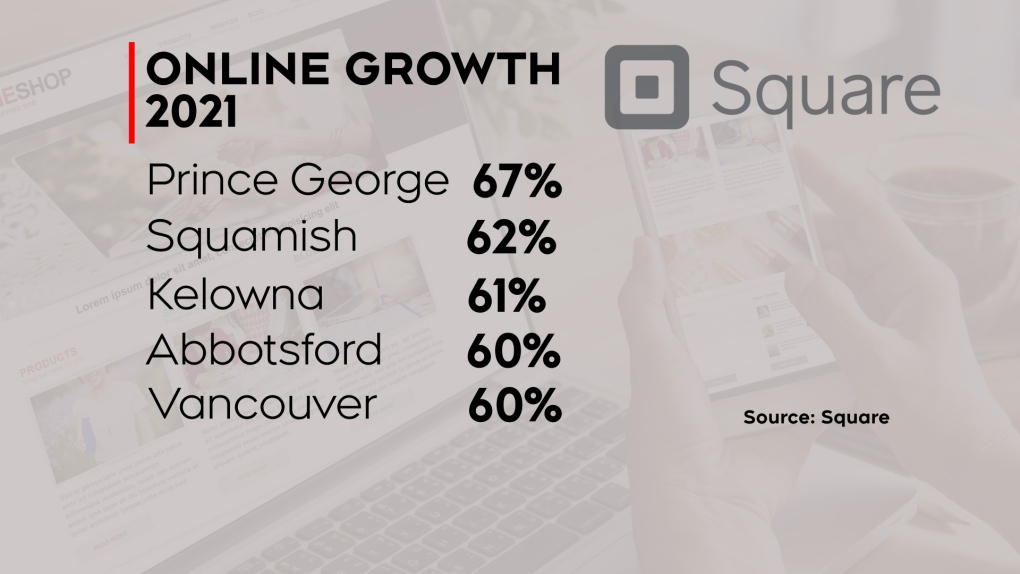 Many businesses in B.C. have survived the pandemic by upping their online traffic. New data from Square, a financial services and digital payment systems company, reveals that smaller communities are leading the way.

The top 5 BC cities selling online the most as of the end of August 2021:

There are several reasons why the smaller communities lead the way. According to Square, a younger demographic is more likely to purchase online and communities in some areas have had to work hard to find new customers.

Large cities like Vancouver had more foot traffic during the pandemic than some smaller communities and those along that border which had most of their customers cut off.

"There's more density, right? So you have a lot of customers that are going to come and go to your business no matter what. Whereas, if you're in one of these smaller locations that's more geographically remote, it benefits you to have a little bit of a farther reach and have a little bit of a farther impact on your customer base," explained Felipe Chacon, an economist with Square.