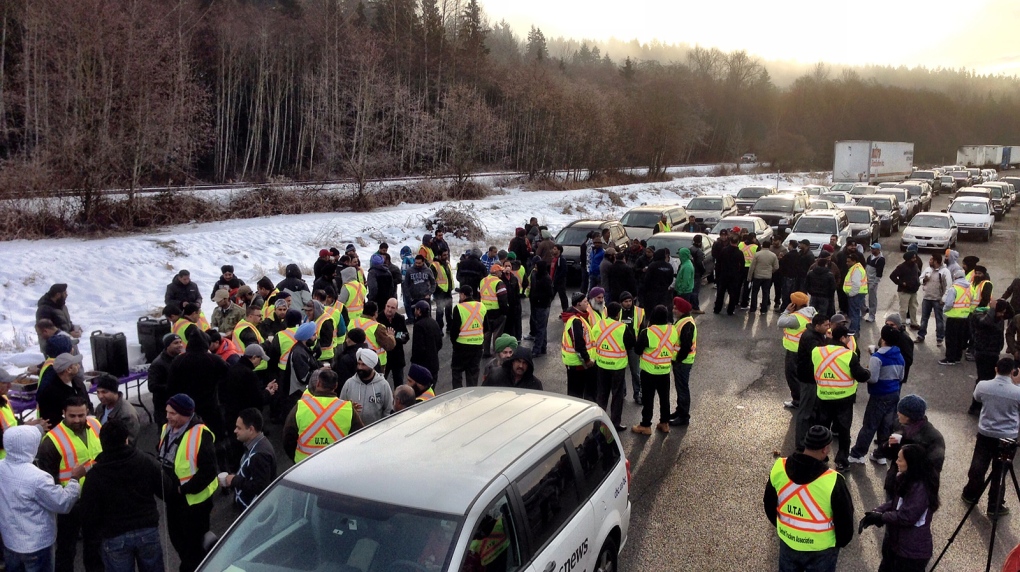 Hundreds of truckers gather for a strike at pullout near Highway 91 in Delta to protest what they say are long wait times at Port Metro Vancouver. Feb. 26, 2014. (Herb Ramos/CTV)

Vancouver's port truckers have voted overwhelmingly in favour of strike action to back their contract demands.

Unifor's Vancouver Container Truck Association says 400 of its members are set to walk out Wednesday evening.

President Paul Johal says wages and long wait times are at the heart of the dispute.