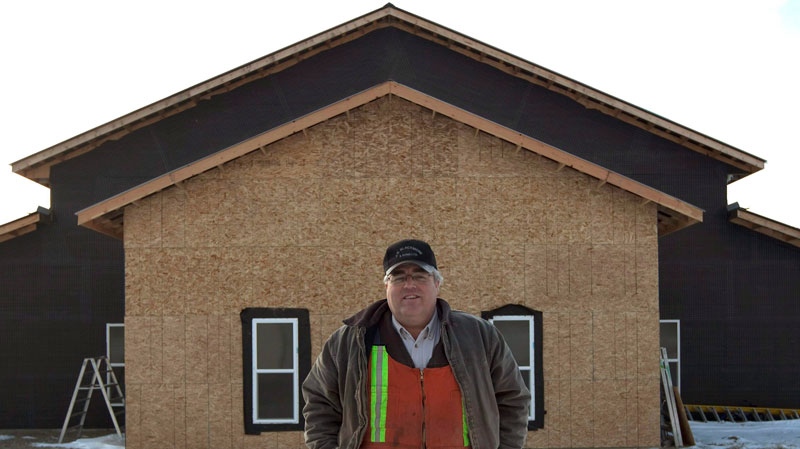 The fate of Canada's 121-year-old ban on polygamy is in the hands of a British Columbia judge, after months of landmark hearings wrapped up Friday.

But whatever the court ultimately decides, the hearings also revealed allegations of child trafficking and abuse that could result in criminal charges regardless of what happens to the polygamy law.

A B.C. Supreme Court judge spent several months hearing testimony and legal arguments about whether the prohibition on multiple marriage is constitutional, and much of the case focused on allegations of abuse in the small religious commune of Bountiful, B.C.

The court heard evidence that teenage girls were taken across the Canada-U.S. border to be married, prompting RCMP in January to announce a renewed criminal investigation into the community of about 1,000 people in southeastern B.C.

Seized church records from the United States outlined more than two dozen such marriages involving girls as young as 12, who were moved to the United States to marry older men. Several girls from the U.S. were also married to men in Bountiful, according to the documents.

It's not clear when the RCMP investigation will be finished. The court's decision is likely months away, with some observers predicting it will eventually end up at the Supreme Court of Canada.

The competing legal processes -- one a constitutional court case, the other a police investigation -- reveal the one of the major issues in the case itself: Is the polygamy law necessary, or even effective, to prevent abuse?

Janine Benedet, a law professor at the University of Victoria who has been following news coverage of the case, said laws against sexual exploitation and human trafficking have been unable to address abuse in Bountiful, despite various investigations during the past two decades.

"We've had that evidence for years in different forms, we've had women from that community come forward and make allegations that they or their children were abused, we've had ample evidence about problems with the educational system, evidence of movement across borders," Benedet said Friday as the last arguments were made in court.

"And the response from the authorities has always been, 'Well, closed communities are difficult to get evidence.' That, in and of itself, should make us want to put some effort into that."

The provincial and federal governments have pointed to that inability to lay charges, under the polygamy law or any other, as a reason to uphold the multiple marriage ban.

The polygamy law, the governments say, is the only way to prevent and punish such crimes in a closed religious community that shuns outside scrutiny and where the plural wives themselves are unwilling to co-operate with police.

The constitutional case was prompted by the failed prosecution of two men from Bountiful who were charged in 2009 with practising polygamy. Residents follow the Fundamentalist Church of Jesus Christ of Latter-Day Saints, or FLDS, which, unlike the mainstream Mormon church, holds polygamy as a tenet of the faith.

The case also featured contradictory evidence from academic experts on whether those harms are the predictable, inevitable outcome of polygamy.

Three women living in Bountiful, two of them married, testified anonymously, telling the court they were happy and chose to live as "celestial" wives. However, some of them told court about 15-year-old sister wives. A former resident, Ruth Lane, told the court about being married to the same man as her own sister.

Mary Ellen Turpel-Lafond, B.C.'s representative for children and youth, said she's been watching the case and has an "open file" on Bountiful.

Turpel-Lafond said she was pleased the B.C. government has been fighting hard to keep the polygamy law on the books, though she wants to hear what the province's Children Ministry plans to do about what's happening in Bountiful -- regardless of the polygamy law.

"I'm very pleased that evidence has been brought forward, it's something that's concerned me and, with all the stops and starts this has had, finally it's had a public airing in an independent setting," she said.

"And there is a need to do child welfare investigations in these areas and to make sure we have a strong process to do that, and that standards that we have for children have to apply across the board, no matter what your religion."

A Children Ministry spokeswoman said she couldn't comment on the evidence presented in court, but said the department has been working with the community to ensure children have the services they need.

"While the current hearing is giving a voice to various positions regarding the effects of polygamy in general, the ministry continues to respond to specific concerns as outlined in our legislation," Corinna Filion said in an email.

"Much work has been done by members of Bountiful and by community and government service providers to ensure there is access to service, such as transition homes and daycare, when needed and that we are openly addressing any barriers."