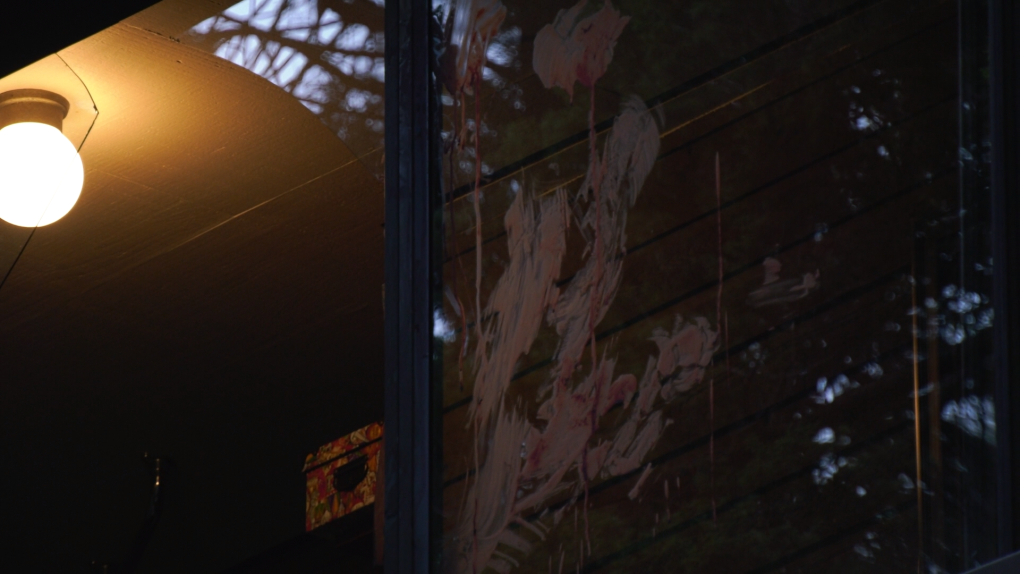 What appear to be bloody hand prints are seen on a third-floor window at a North Vancouver condo complex on Friday, June 21, 2019.

VANCOUVER – B.C.'s police watchdog has cleared the North Vancouver RCMP of any wrongdoing in connection to injuries incurred after a man fell from a balcony.

The incident took place June 20 at a condo complex on Fromme Road near 28th Street. A woman was home at the time, when the intruder broke in to her apartment and pulled out a knife.

When officers arrived on scene, the man was climbing out of an enclosed balcony, through a broken window. He fell to the ground, fractured his leg and was taken to hospital.

The Independent Investigations Office was notified by RCMP as the man's injuries were considered serious and officers were present.

According to the IIO's report, the man entered the residential building through a ground-floor apartment and made his way to the third-floor.

The woman heard the commotion and opened her door to the hallway. The intruder barged in, took a knife from her kitchen and claimed that someone had killed his son.

She called 911, where she could be heard asking the man to put down the knife. When crews arrived on scene, several officers remained outside telling the man not to jump.

Witnesses said the man was attempting to get to the roof of the building, but was unable to reach it. He tried to lower himself to the second-floor balcony but fell to the ground.

IIO has concluded its investigation, saying actions made by Mounties did not cause the man's fall. The man states he has no recollection of the evening.

The case will not be referred to Crown counsel for the consideration of charges.